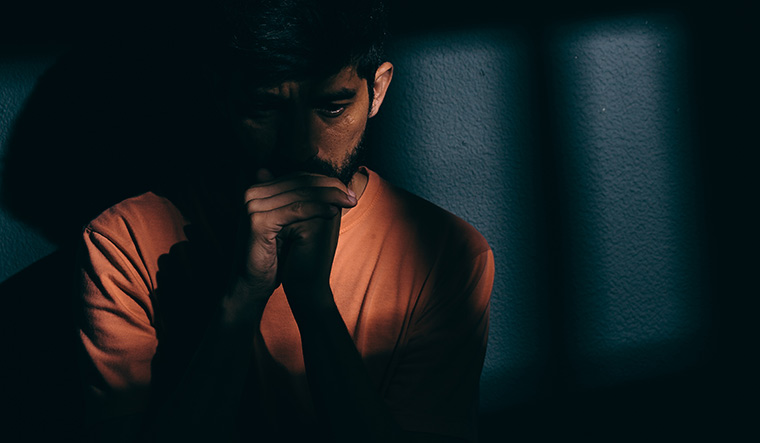 Sexual violence and the fear of sexual abuse has a profound and devastating effect on not only individuals, but entire communities. According to the 2019 annual report of the National Crime Records Bureau (NCRB), 32,033 rape cases were registered across India; that is an average of 88 cases every day. Since the Nirbhaya gang rape in 2012, public outrage has led to more punitive measures to combat sexual violence, and keeping convicted sex offenders in prison for longer seems like an appealing resolve. However, in reality, this does not contribute towards reducing the risk of future reoffending and harm.

There are many factors associated with reoffending such as social and emotional isolation, unemployment or not having something meaningful to do in life. India has 134 central jails, and at the time of my prison research of convicted rapists, Tihar alone had around 400 convicted male rapists serving sentences that ranged from five years to life. While it is a bitter pill to swallow for the public when it comes to rehabilitating sex offenders, the hardest fact that we must face is that the vast majority of sex offenders will one day be released and we need to provide support for their reintegration to avoid reoffending and to reduce future victimisation.

Research has shown that rehabilitation of sex offenders is more effective in the community than in prisons, and programmes like Circles of Support and Accountability (CoSA) have been quite effective. In Minnesota, the risk of reoffending and rearrests had reduced by 88 per cent for those who were a part of the CoSA programme.

Rob Turner (name changed), a one-time sex offender in the UK—now a close colleague—emphasises the need for greater acceptability of rehabilitation of offenders as a solution. Rob was convicted for the possession and distribution of indecent images and videos of youngsters. He received a sentence that included five years on the sex offenders register, which involves providing notifications regarding any changes in circumstance, any involvement with young people, checks on any necessary disclosures or job attainment and engagement with the public protection unit division of the police. He was also given a three-year community order that dictated his supervision under probation and put him in the Horizon rehabilitation programme. In addition, he also received a sexual harm prevention order, which outlined further restrictions around internet usage and electronic devices.

To him, the official conviction does not even begin to explain the other 99 per cent of his identity, nor the complicated array of reasons why he committed the crime. "But, I felt very early on in this process that I was keen to hold myself to account and, in doing so, attempt to navigate ways to support others, too," he said.

During my research with convicted rapists at Tihar jail, it was clear that the men actively rejected the label of “rapist”. One possible reason is the stigma attached to sexual crimes, particularly in the current Indian climate that is witnessing strong responses regarding sexual violence against women. This is their coping mechanism; an identity management technique. But this label continues beyond the prison walls.

Rob explains how difficult it is to move away from the label of a “sex offender”, to not just being defined by that one mistake. "It is a complex question to surmise," he said. "A key component of the Horizon programme and any probation supervision is about understanding triggers to not only limit reoffending risk but also better grasp your identity beyond the offence and your navigation of choices in the future. We look back to move forward. Personally, I had an exposure to early sexualised experiences which I certainly struggled to both discuss openly and process inwardly." 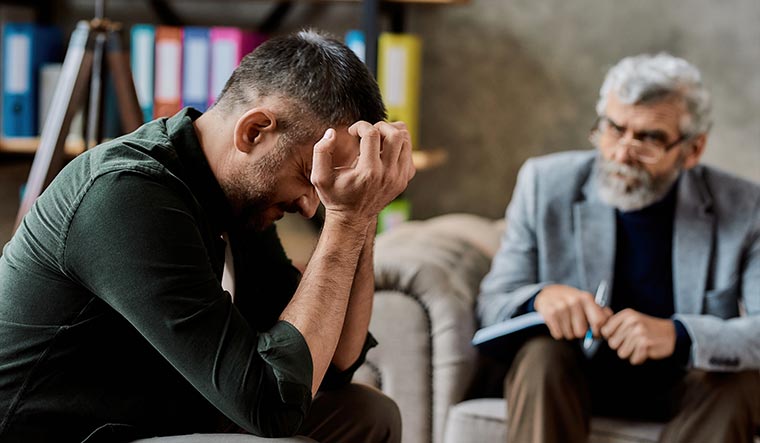 With the realisation of his homosexuality and the negativity around sharing that, Rob's teenage years were of sexual discomfort. According to him, a hidden, compartmentalised narrative began to grow in a shadow-self, one that manifested in a great reliance on pornography and communication in adult chat-rooms. Over time, this became his almost singular source of sexual gratification, one that was instantly available, and one that grew into addictive, habitualised patterns of behaviour. "As addictions often do, it became a vicious spiral in searching for more extreme and dangerous ways to meet the apparent need," said Rob.

A healthy support system is extremely crucial in the effective rehabilitative journey of individuals with sexual convictions. Rob credits his support network, stating that its impact cannot be understated and that he considers himself lucky to have such a strong and loving one. "I always had hope that I now had some part to play in the journey of other men with sexual convictions, of passing on my experiences and new-found knowledge, of beginning to explore how this was a wider issue society has refused to discuss. My hope was in defining myself beyond this offence, as a person capable of good, as a person worthy of being a member of society, of paying back, of contributing again. I have spoken to so many organisations and tried to get so many projects off the ground and, though there has been a lot of doors slammed in my face, and society will struggle to have this debate, I hope we are getting there," said Rob.

It is important to realise that sexual violence is a public health crisis as well as a human rights violation that the United Nations described as a “shadow pandemic”. But unfortunately, society does not see rehabilitation of sex offenders as a long-term solution. "Any person who commits a sexual offence is not inherently evil... nor should they necessarily be locked away for life," said Rob. He quotes a senior police officer, who said it is impossible to "arrest our way out of it" as the numbers are significantly high. Hence the need for conversation.

As part of the Festival of Social Science 2020 (FoSS), I had the opportunity to organise a roundtable event on the need for continued rehabilitation and reintegration of men who have committed sexual offences in the UK. This stimulating event brought together the voices of experts from criminology, psychology, probation, charities sector and service users like Rob, in order to create a dialogue around the need for continued and sustainable rehabilitation.

"A person who commits a sexual offence against a child or young person or an adult—whether this is an internet or contact offence—rarely receives any support or awareness of deeper issues before conviction," said Rob. "This experience can destroy one's world in an instant. The loss of work, family, friends, identity, reputation and freedom can lead to harrowing custodial ordeals or equally traumatic, ongoing, social judgement. This, while at the same time as taking responsibility, understanding victimisation, psychological processing and rehabilitation to understand behaviours, coping strategies and the dangers of reoffending can also lead to isolation, less confidence and huge challenges finding work. This can, in turn, lead to mental health issues, reoffending and self-destructive behaviours including suicide." 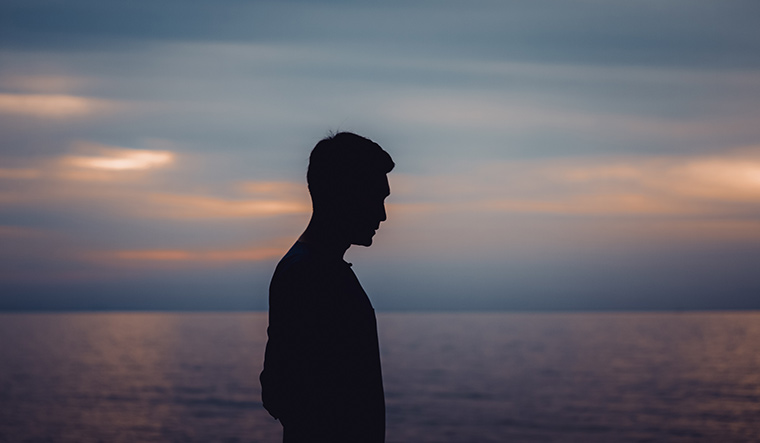 I ask him about individuals who have not been convicted yet but are worried about their sexual thinking. The balance of sexualised thoughts and feelings is delicate and complex for any person, said Rob. He adds that the manifestation of these into criminal behaviours can be abhorrent and the need for law and punishment is obvious, but there is a need to educate our society in preventative pathways.

There arises the need for better access to counsellors and psychologists, as well as initiatives to raise awareness on such behaviours, which we know stem from deeply rooted archaic and misogynistic ideas in society that normalise violence against women. There is a lack of research regarding harmful sexual behaviours involving children and young people in the UK—and in India, too—so it is important to design interventions from an early stage to distinguish between appropriate non-abusive behaviour and inappropriate or abusive behaviour. This can be a complex task that requires practitioners to have an understanding of what is healthy and informed consent and what is abusive or coercive.

There is a general belief that sex offenders are monsters or predators. Although several recent, high-profile sexual assault and harassment cases have sparked a dialogue about “sexual predators”, the rise of predator discourse predates the series of events leading up to the #MeToo movement. In fact, over the past 15 years, predator discourse became central to how people conceptualise and discuss sexual violence, both constitutive and reflective of the expanding and increasingly punitive sex offender laws. Rob says that this kind of discourse poses some challenges in the effective rehabilitation of men with sexual convictions.

"In media and societal opinion, anyone who commits a sexual offence is considered beyond 'inappropriate' and 'deviant', and there is a clamour to label all sexual offenders," said Rob. "This more often than not is factually inaccurate. It stunts any debate with a one-size-fits-all, lynch-mob mentality, not calling for greater understanding and nuanced approaches but simply more punitive convictions, creating and encouraging a rhetoric of hatred and ignorance.”

According to the fifth edition of Death Penalty in India: Annual Statistics 2020 Report, even though the death sentences have decreased, the proportion of cases of sexual violence has steadily increased over the years. Of the total death sentences delivered in 2020, almost 65 per cent, or 50 sentences, were related to cases involving sexual violence. Of those, in 48 per cent of cases, the victims were below the age of 12. So, how can we even begin to think about rehabilitation or reintegration of these men in a country that clearly supports punitive measures?

Rob is hopeful and draws inspiration from theatre, which he says stands as a tool that can powerfully lend itself to wider debate in creative and kinaesthetic ways. "If more could be done to respectfully, delicately and truthfully present and perform testimonies from those who have committed sexual offences and also those who are its victims, a platform of debate can be raised to balance more punitive measures, with a more reasonable rehabilitative practice," he said.

Along with Rob and Andrew Fowler, former probation officer and currently a senior lecturer in criminology, I am working on a project funded by the National Organisation of Treatment of Abuse (NOTA) in the UK to highlight the voice of service users who have committed sexual offences and have completed the sex offender treatment programme in the country.

Fowler and his colleagues recently researched community hubs across the UK. These are places where agencies share a premise and pool resources to holistically support service users like Rob. "The key ingredients to facilitate desistance-focused practice include the location and easy access to the hub, the hub's physical environment, ensuring the hubs include the co-location of support agencies, the cultural context of the hub and innovation to commission the hubs," said Fowler. "There are signs that community hubs link people into their communities better and create a support network that can last beyond the probation order."

India also needs programmes that can utilise an offender’s conviction time effectively by challenging gender myths and stereotypes, addressing their misplaced notions of masculinity and providing them with a safe environment to not only speak about their crimes but to reflect on them.

Professor Belinda Winder, director of the Centre of Crime, Offending, Prevention and Engagement (COPE) at Nottingham Trent University, advocates that people not be defined by the worst thing they have done. "It is about understanding the part of someone's character we never want to see again and making sure they put the right foot forward," said Winder, who is also the cofounder of The Safer Living Foundation that supports the needs of sex offenders released from prison. "This will support our existing research to understand and prevent sexual abuse. It will also go a step further in encouraging us to apply our findings so that we can have a real impact on improving the safety of the public and preventing sexual crime.”

The writer is a lecturer in criminology at Sheffield Hallam University, UK.