Trial will impact how we practise management of stable heart disease 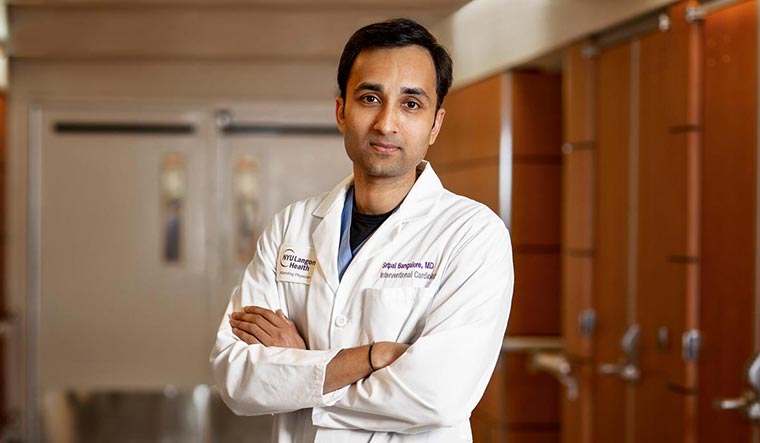 What was the impetus for starting the ISCHEMIA trial?

We wanted to bridge the knowledge gap from prior trials. The question after those trials was: are there subgroups of patients with higher degree of ischaemia that could benefit from revascularisation (widening of blocked or narrowed coronary arteries)? Observational studies seem to suggest significant benefit of revascularisation in those with higher degree of ischaemia.

In what way was the trial different from previous ones on invasive therapies versus conservative strategies to manage stable heart disease?

Our trial was different in two major ways. First, we had a higher bar for trial entry, including only patients with moderate or severe ischaemia on stress testing. Second, the randomisation was done upstream of the cath lab, that is before definition of coronary anatomy. Patients underwent coronary CT angiography but they and the physicians were blinded to the results. As such, the concern from prior trials that only low-risk patients were cherry-picked by the investigators was avoided in ISCHEMIA.

In the post ISCHEMIA trial world, should patients suffering from stable heart disease expect to not undergo any invasive procedure in their life?

Could you comment on how the results of the trial might have a bearing on Indian patients?

I guess the trial should lend itself to shared decision-making. If patients opt to try medical therapy first, it should be completely reasonable to do so. If they opt for revascularisation to relieve symptoms, that should be reasonable as well.

Which category of patients were excluded from the trial?

Aside of the main trial, the secondary trial included patients with chronic kidney disease (CKD). Could you explain the implications of including those patients in the trial?

The ISCHEMIA-CKD trial is the largest treatment strategy trial in patients with advanced CKD. Prior trials have routinely excluded this high-risk subset. In this trial, we showed that there was no significant benefit of invasive strategy when compared with conservative strategy both for clinical outcomes and for quality of life.

How will the findings change the way patients of stable heart disease are treated around the world? How has the medical fraternity responded to the findings?

The trials will have significant impact on how we practise management of stable heart disease for the next few years and will have a significant impact on guidelines. The medical fraternity has had a mixed response. There is something for everyone’s perspective, which makes the trial interesting and leads to good discussion. We hope this is true when they discuss with their patients.

What would be the line of inquiry for future research on the subject?

One important aspect would be if the curves for the two treatment strategies continue to diverge with time. We are planning a long-term followup of the trial called ISCHEMIA EXTEND. Stay tuned.