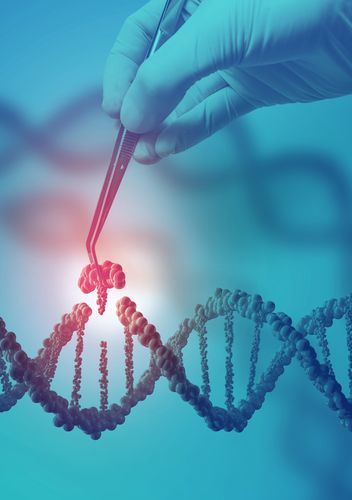 In November 2018, He Jiankui, a Chinese scientist, announced on YouTube that he had created the world's first genetically-modified 'designer babies'. He used CRISPR/Cas9—a gene editing technology—to alter the genome of twin girls, Lulu and Nana (pseudonyms), born in November.

He said he performed in-vitro fertilisation (IVF) and edited the genome of embryos to disable the CCR5 gene, which is used by the HIV as a pathway. He then implanted the embryos into the mother's womb. He's attempt was to create genetic resistance to the HIV. He's work could make the girls resistant to HIV infection, though there are forms of the HIV that use a receptor other than CCR5.

Scientists across the world knew the CRISPR/Cas9 technology and were aware of its immense possibilities. It can be used to edit the genome of any living organism to replace harmful mutations with beneficial ones, thereby making the person resistant to any genetic disease. But, nobody ever dared to actually apply it on a human embryo. Because to edit the human genome meant manufacturing cosmetic babies, who were protected against diseases, and, perhaps, in the future were 'edited' to be superior as per the parents' requirements.

He presented his work at the International Human Genome Editing Summit in Hong Kong on November 27. The scientific community was so shocked and outraged that, within days, He was labelled a rogue. British scientist Robin Lovell-Badge, who co-discovered the SRY gene that determines sex in mammals, was reportedly worried that He may have to face the death penalty for his indiscretions. The procedure he carried out, argued the scientific community, was irresponsible and failed to conform with international norms, which do not permit editing of human embryos, and especially not, without prior intimation. As per the consensus statement of the 2015 International Summit on Human Gene Editing, the research community said it would be irresponsible to proceed with any germ line editing without “broad societal consensus about its appropriateness”.

He, who was a biophysics researcher and associate professor at the Southern University of Science and Technology in Shenzhen had carried out the experiment at a private hospital outside his university campus, because the institution did not permit him to do it. He was fired by the university in January and his current whereabouts are unknown. But before going into exile, he ignited a fire, the embers of which are being felt far and wide. 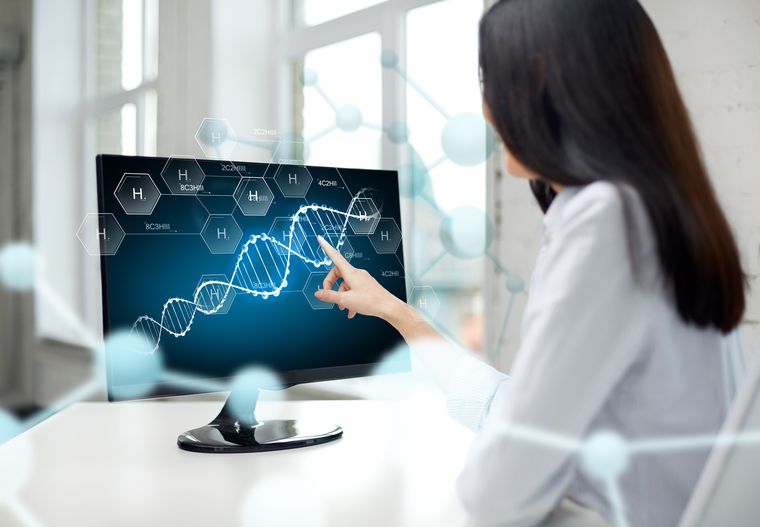 Shiya and Muresh, an urban working couple in their 30s, are planning to have a child through IVF. They wonder if they are living in an age where they could also get their baby's genes edited with the help of CRISPR/Cas9 to prevent diseases such as thalessemia, Down syndrome and sickle cell anaemia. “It would be so much simpler to have your baby covered at least against these horrendous genetic diseases,” said Shiya. “I am not saying we can also edit the baby's DNA for intelligence and other traits. But if we are able to protect them from genetic diseases, then why not.” 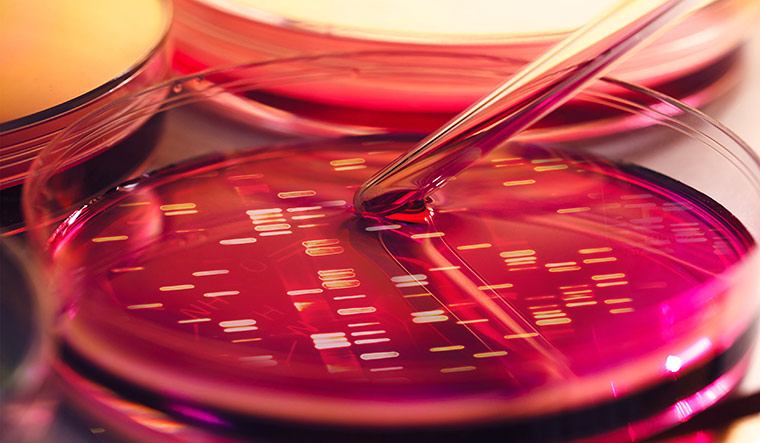 It is not as easy as it appears, warned Ashwini Sidhmalswamy G., chief fertility consultant at Motherhood Fertility Hospital in Bengaluru. “Gene editing has captured people's imagination because of its potential to create designer babies,” she said. “That prospect is still ages away. There is no denying that it will be great if we can actually use CRISPR/Cas9 to get babies who will be free of genetic diseases, but there are complex issues at play here. For instance, who knows how successful Jiankui's experiment has been unless we actually see Lulu and Nana's growth to be sure that they will not have any problems that are connected to the gene editing experiment.” She added that while gene editing will actually give us a lot of control, how it will be regulated remains to be seen. 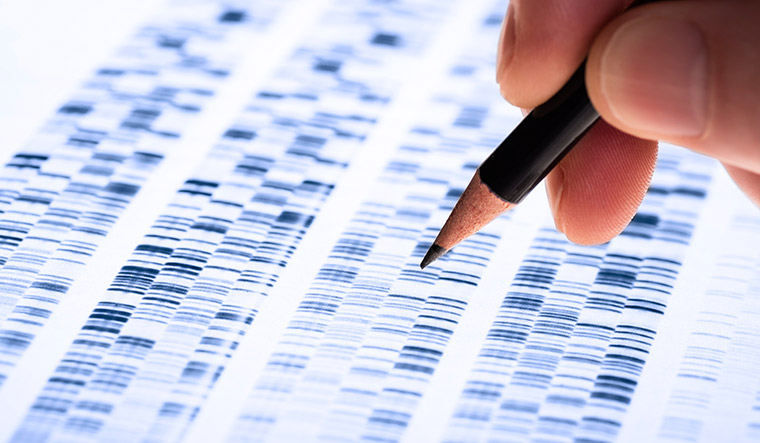 CRISPR/Cas9 technology has a number of uses including editing genomes, visualising DNA, killing bacteria and developing diagnostics. Scientists have even converted a video clip into a DNA sequence and inserted it into bacteria. CRISPR/Cas9 lets scientists remove or replace specific parts of DNA with precision. CRISPR stands for clustered regularly interspaced short palindromic repeats, which are DNA sequences that can be used as guides to find the target DNA. Cas9 stands for CRISPR associated protein 9, which is an endonuclease enzyme—a sort of biological scissors which cleave DNA. But it will take decades to even comprehend the vast potential of the technology, let alone use it in a big way on humans. For now, scientists are trying to find fixes for genetic diseases and to correct mutations. 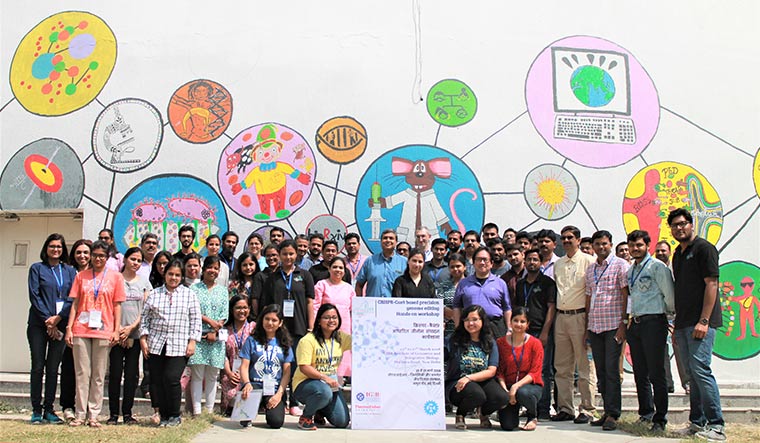 In March 2018, the institute of genomics and integrative biology, Delhi, had a five-day workshop (photo above) for its scientists on precise genome editing using CRISPR/Cas9 | Soundhar Ramsay

Senior scientist Debojyoti Chakraborty at the Council of Scientific and Industrial Research's Institute of Genomics and Integrative Biology (CSIR-IGIB), Delhi, has been working on ways in which he can use CRISPR/Cas9 to treat patients afflicted by sickle cell anaemia—an incurable and fatal disease which limits the capacity of red blood cells to carry oxygen to different parts of the body. It passes onto the child if both parents carry the 'sickle cell trait.' Until now, the usual practice has been to prevent the disease either by screening the foetus during pregnancy, or by counselling parents who are carriers of the trait to not conceive together. But with CRISPR/Cas9, it is now possible to nip the gene responsible for the mutation and correct the anomaly. Chakraborty has been working on the concept for a year now and hopes to eventually follow it up with human trials and develop gene therapy for sickle cell anaemia. 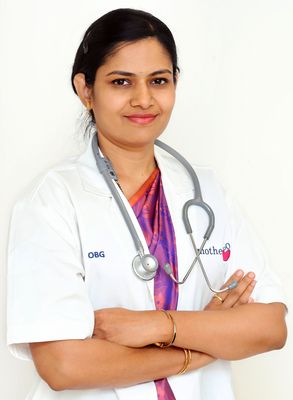 “What we are doing here has nothing to do with human embryonic cell editing,” said Chakraborty. “That, in fact, needs regulation. But I must emphasise that this debate of CRISPR/Cas9 giving way to super humans or designer babies is not as straightforward as it sounds. Genetic traits are super complex and you cannot really edit a gene for high intelligence just like that.” He said that while CRISPR/Cas9 has made gene-editing easier, and is remarkably accurate, it can also cause off-target mutations. “Also, Lulu and Nana's embryos did not have any genetic errors that made them susceptible to HIV,” said Chakraborty. “Jiankui made them resistant to HIV which is a kind of preventive medicine. We are trying to use CRISPR/Cas9 for curative purposes.” The human genome is a long sentence composed of four alphabets: A, T, G and C. When a wrong alphabet appears at any place in the sentence, it can lead to a genetic disease. The faulty part is what the scientists are trying to correct.

Sivaprakash Ramalingam, also a scientist at the CSIR-IGIB, is working towards putting CRISPR/Cas9 to use in another common genetic disorder in India—beta-thalassemia. “We are presently using CRISPR/Cas9 for human adult cells to actually do something beneficial for 15,000-20,000 children who are born with beta-thalessemia in India every year,” he said. “The talk of designer babies is far-fetched. We have been researching the possibility of using CRISPR/Cas9 because there is no cure available for beta-thalassemia till now. Although bone marrow transplants are one form of treatment, it is difficult to find compatible donors.” Ramalingam works on reactivating foetal haemoglobin (HbF) by editing human erythrocytes, the most common type of blood cells. He is also using this tool for genetic correction of other diseases such as haemophilia-A and haemophilia-B. Earlier, in March 2018, at a five-day intensive hands-on workshop, scientists at CSIR-IGIB were educated in the CRISPR/Cas9 based precise genome editing. With the help of the technology, scientists in the country are trying to figure out how best to contain the spread of life-threatening blood cancer myeloid leukaemia in the body. 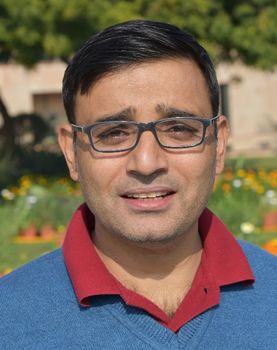 In, Mohali-based National Agri-food Biotechnology Institute (NABI), its executive director T.R. Sharma, along with his team, is pursuing the gene editing technology very aggressively to develop nutritionally rich crop plants. The banana plant's genome editing is one such example. It has been the first research study to be published on genome editing in a fruit crop. Siddharth Tiwari, who worked on the project along with Sharma, published the results of the study in the journal Functional and Inbtegrative Genomics. The reports said: “Gene editing is a very powerful technology, which will have a major influence on future plant breeding and developing climate resilient plants. Using this technology, we can precisely edit a specific target gene without disturbing the whole genome of the plant. Tiwari worked on enhancing the nutritional quality and pathogen resistance in bananas, using CRISPR/Cas9 mediated genome editing. “We figured that vitamin A deﬁciency remains prevalent in India and wanted to increase the level of pro-vitamin A (beta-carotene) in bananas or biofortification of bananas so that people can actually get a high amount of vitamin A by eating just one banana,” said Tiwari. “Given that any person eats no more than two or three bananas at one time, the level of vitamin A should be good enough to meet his requirements. As India is the world's largest consumer of bananas, it has been NABI's most ambitious undertaking so far.

Likewise, Naveen Bisht, a scientist based in National Institute of Plant Genome Research in Delhi, is working towards improving seed quality in Indian oilseed mustard, which is widely used as a condiment in most Indian homes. “The aim is to improve the nutritional quality of Indian oilseed mustard, while also lowering its stifling smell which does not go down well with many people,” said Bisht. “CRISPR/Cas9 based gene editing provides a more controlled and faster approach to introduce specific alterations of target-gene functions at precise locations in the genome for the purpose of gene silencing or enhancement of gene expression. Once the genomic-editing agents have segregated out, there is no way to distinguish between a ‘naturally occurring’ mutation and a gene edit. Thus, the introduction of genome editing into modern breeding programmes should facilitate rapid and precise crop improvement.” 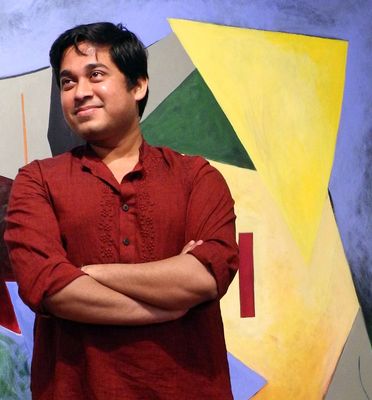 Interestingly, studies are also going on with regard to the impact of CRISPR/Cas9 on cancer. One such study is being undertaken by the University of Pennsylvania in the US and another by the Hangzhou Cancer Hospital in China. In fact, as per reports, the Hangzhou trial has already administered gene-edited cells to about 86 patients, while the US trial still awaits regulatory clearance.

Speaking on how CRISPR/Cas9 is relatively simple to use, Chakraborty said, “Gene editing is not like nuclear weapons which require a lot of money, space, and support to manufacture.” He said a decent laboratory anywhere in the world can carry it out. But Chakraborty added that it is not so simple that anybody can do it. “It is a complicated science, the impact of which lasts well into generations and only those who are properly trained can carry it out,” he said.

India has the potential to carry out pathbreaking research in the field. But the regulations and clearances must also move along in harmony for the nation to take off on the path to progress, said Sharma. “We will not break ethical compliances by using the CRISPR/Cas9 on human embryos,” he said. “However, we will use the technology to its full potential for every such research project that will bring relief to mankind.”