When humans fail each other and society

Why have Indians become so angry, uncouth, callous, violent, so feral?

I would know—I have actually had a break up over my social media notoriety!

Social media is also an archive of all that the human race is capable of—a record of us at our lowest and also every now and then a glimpse of those qualities that redeem us as a species. In the past few years the camera phone + social media combination has also led to a phenomena of the anonymous ‘citizen witness’—people who witness crimes, capture them on their phones and post them on social media. The phenomena is so effective that ghastly crimes have come to light and the national outrage that has followed has ensured that culprits have at least been nabbed.

As an active social media user, I have tracked many such videos from India. And there is a new video almost every week—of Indian citizens catching other Indian citizens behaving in deplorable ways. The acts range from unsavoury and unparliamentary to hooliganism on the one hand and obnoxious and grotesque to horrifying and criminal on the other. 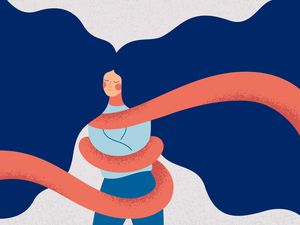 What do these videos say about us as a people? Why have Indians become so angry, incensed, uncouth, callous, so quick to resort to violence, so feral? Or, were we always like this and now we just see it more because of social media?

In the past few months we have seen multiple videos of Indian men and women (often urban, middle class may I add) assaulting the security guards of their buildings, women have been caught on camera thrashing hawkers, more than one case of housewives beating (and worse, torturing) their domestic help have come to light, and unruly violent behaviour in flights and market places is common. The year ended with the gross Air India #Pee Gate scandal. An inebriated Shankar Mishra urinated on a female co-passenger in the business class of an international Air India flight. Air India staff and flight crew were unhelpful and callous toward the victim, further mistreating her and forcing her to interact with Mishra for a ‘settlement’ of the matter. They tried to cover up the incident, did not report to police and gave the victim’s number to Mishra.

In Delhi, a 20-year-old woman scooterist died a most gruesome death because the men whose car she collided with were inebriated and unable to hear her screams and her ‘friend’ who was riding pillion ‘got scared and ran home’!

Note that these are not cases of politically motivated, or ideologically fuelled mob violence. These are individual cases of humans failing each other and failing society in ways that are disturbing at the least, and hair-raising at their worst!

Said John Stuart Mill in 1867, “Bad men need nothing more to compass their ends, than that good men should look on and do nothing. He is not a good man who, without a protest, allows wrong to be committed in his name, and with the means which he helps to supply, because he will not trouble himself to use his mind on the subject.”

Martin Luther King Jr. called the ‘silence of good people’ in the face of cruelty and oppression ‘the ultimate tragedy’.

There can be no more succinct a comment for our time. We are allowing ourselves to sink to the very lowest as a society despite access to the very highest of comforts, conveniences and technologies. Shouldn’t we look within and do better?