What can we learn from the gruesome and tragic case

On November 12, I opened Twitter to post an outfit picture from an international film festival I was attending when I noticed I had been tagged in a number of posts, angrily demanding that I react to an unimaginably gruesome murder of a young woman by her live-in partner. The boyfriend had been arrested and had reportedly confessed to the barbaric crime. It further emerged that the man was Muslim and obviously the right-wing ecosystem had taken the opportunity to drum up the ‘love jihad’ din.

I posted the customary tweet, expressing horror and anger, but continued to feel unsettled through the next few days. Shraddha Walkar’s backstory seemed eerily familiar—an educated, urban woman who found love on a dating app and eventually moved in with her partner. She must have been idealistic to have cast aside societal prejudices and even her family’s disapproval and moved cities to make possible an interfaith relationship. She was apparently looking for a job in Delhi while her boyfriend was working. And then, things went sour between them. 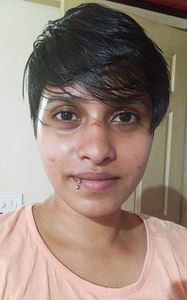 As someone who has had interfaith boyfriends, has been in a committed live-in relationship that did not work out and knows many young women who have experienced versions of the same situation, it felt personally horrifying how poor Shraddha’s love story ended. As the ‘love jihad’ clamour in the right-wing ecosystem grew, I wondered what effect this ghastly case would have on other interfaith couples and their families. Possibly, parents of Hindu daughters (and vice versa) would warn daughters in interfaith relationships of a Shraddha-like end. Of course, rationality, statistics and facts tell us that misogyny, domestic violence and femicide are universal. Recently, it was reported that a man in Jabalpur had killed his girlfriend over alleged infidelity and posted videos of the crime on Instagram. He was Hindu. I made a quick mental checklist of the boys I had dated, wondering which one was a potential girlfriend-killer!

I have been thinking of Shraddha a lot. She was clearly an independent-minded, feisty girl who could withstand societal pressure to conform. How vulnerable and trapped must she have felt to be unable to leave this abusive partner! Did she feel shame that she had walked out on her parents for love and now that same love had betrayed her? And, how would she face her family again? I wondered also at her unfortunate father. How must he be processing this heart-wrenching grief? What regrets will burden his heart forever?

Of course, that monstrous murderer is facing trial and deserves the harshest punishment. But is that the conclusion of such a crime? How can we as a society ensure that women are not left unsupported in abusive relationships, even if they chose them?

TV debates have seen panelists and women’s rights activists discuss various solutions like more funding and staffing for police, greater awareness about domestic violence and advocacy against it, greater access to counselling and helplines. But there is a far more critical and intimate step we must take. It is something my mother would say to me when I was little and played a game to annoy her. I would make a list of the ‘most bad things’ that I could think of and ask her, “What would you do if I…?” She would frown and become exasperated, but would always say, “Whatever you do, you should know that you can come home and your parents will be there for you.”

Indian parents must let their children, especially girls, know that even if they disapprove of a child’s life choice, the doors of home will always be open for them. It seems like a minor thing, but majority of women who continue to stay with abusive partners do so because they have nowhere to go. Such women would probably liberate themselves if their families were supportive. No woman should be punished for choosing to live life on her own terms and in an authentic manner. This should be our greatest lesson and realisation from Shraddha’s tragic and gruesome death.