What price will Indians pay for surging populism?

Iranians, meanwhile, took 43 years to realise that they have been betrayed

On September 13, a 22-year-old Kurdish Iranian girl visiting Tehran was picked up by the ‘morality police’ in charge of enforcing Iran’s strict Islamic dress code. Mahsa Amini was targeted because she was wearing an ‘improper hijab’. Three days later, she died in a hospital while still in custody. The police claimed that she died of a heart attack, but witnesses reported that she was beaten by the police. Hackers accessed CT imaging which revealed that Mahsa had a skull fracture and a brain bleed.

As news of Mahsa’s death spread, spontaneous protests erupted across Iran. Thousands of Iranians have marched demanding the repeal of the hijab laws and an end to the oppressive Islamist regime. The internet is flooded with videos of Iranian women burning their hijabs, chopping their hair off, men shaving their heads in solidarity and people confronting security personnel. The regime has responded with brute force, with human rights organisations reporting more than 75 deaths.

And yet, the protests have continued. Images of young girls showing their uncovered heads, waving their hijabs in the air and chanting ‘Death to the Dictator’ are circulating on the internet. The protests are being touted as the first serious popular challenge to the regime since the Shia clergy took over following the Islamic revolution in 1979. The revolution had popular support against the repressive rule of the Shah, who was propped up by the CIA. Almost overnight, the country and its westernised elite were forced to comply with religious guidelines and the country was renamed as the Islamic Republic of Iran. Obviously, the greatest cost was borne by women who found their rights and liberties severely curtailed. 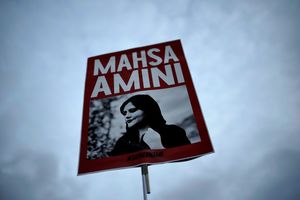 It strikes me as significant how a popular movement that claimed to have mass support and rode on an anti-elite, anti-corruption wave representing the ‘voice of the people’ ended up betraying the rights and liberties of those very people. Across the world, populist leaders are launching movements that claim to represent ‘vox populi’, but actually drive agendas that will eventually curtail personal freedoms of the people they aim to ‘liberate’. Of course, such movements often blatantly target various minorities in their societies, vilify the elite as corrupt and debauched, and target intellectuals and dissenters. While common, ‘apolitical’ people may think that they will remain untouched if they stay below the radar, that is not how things turn out.

Women in America recently found themselves stripped of basic rights over their own bodies and reproductive health after the US supreme court overturned the Roe v Wade ruling that guaranteed abortion rights. It came after decades of campaign by the right-wing, anti-abortion movement, claiming to be fighting for the rights of Christians and unborn children.

In India, we have seen the massive electoral victory of the Hindu right, led politically by the BJP and ideologically by the RSS. Couched in anti-incumbency, anti-elite, anti-corruption and pro-majority rhetoric, their narrative claims to represent the true voice of the Hindu majority. This majority, in reality, is not a homogenous entity, but the rhetoric dislikes diversity and likes to paint in broad strokes—one nation, one people, one language, one ideology. This supposed emphasis on unity, in fact, hides an authoritarian desire for total control. Hindutva is a totalitarian ideology.

If you think I am being alarmist, consider this. With this ideology in power for just eight years, many Indians cannot eat what they want (beef ban), wear what they want (hijab ban), marry who they want (love jihad hysteria) without facing harassment of some kind. Since much of this happens in the name of the will of the majority and via a democratically elected government, we don’t feel the pinch immediately.

But Iranians did, eventually.

It took the Iranian public 43 years, many deaths and one innocent girl’s tragic murder at the hands of the police to realise that they have been betrayed. What price will Indians be willing to pay, hypothetically?