A project for change in India must go beyond electoral victory

All conversation in ‘polite society’ follows the same course. After the usual inquiries and gossip, everyone agrees ‘things are so bad yaar!’ As a rational, educated, reasonably informed person in India, it is hard to turn away from the reality that stares us so squarely in the face.

If Marcellus from William Shakespeare’s Hamlet were to comment on India in 2022, he would surely rephrase his famous quote to say, “Something is rotten in the state of India.”

Last week, a disabled man in Madhya Pradesh was lynched, allegedly on the suspicion of being Muslim. He died of the injuries while the video of him being lynched went viral. The accused was arrested and turned out to be a member of the BJP’s local unit. As law-abiding citizens, our horror has many options to choose where to reside. Should we be horrified that we are so brutalised as a society that we physically assault a visibly disabled elderly person? Or, should we reserve our shocked irony for the fact that a helpless man tragically died due to a mistaken identity he was unable to correct? This incident is only more proof that we have so dehumanised Muslims in India that the mere suspicion of belonging to that religious identity puts one at risk of potentially being lynched to death! 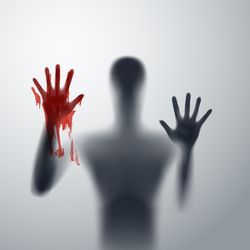 Dalit activists will be correct to point out that we are only witnessing, on a larger scale, the violence the community has suffered for centuries. Even loyalists of the ruling dispensation will be unable to defend this brutalised public culture of normalised violence, however they may try to justify the Gyanvapi Mosque clamour, the Tejo Mahalaya delusions, or whitewash price rise, inflation, unemployment and China creeping into our territories.

Surely there is something collectively wrong with us. We believe any rumour circulated on WhatsApp. We are more enraged at Bollywood celebrities naming their children after medieval kings than we are at Muslim women being cyber-auctioned as virtual slaves by Hindu ‘trads’. We are angrier at the imagined sins of Mughal rulers than the evident sins of our own elected lawmakers. We decry the Taliban but forget that the Afghans did not vote them into power, while we elected a terror accused to Parliament with a decisive mandate in 2019. We consume propaganda like popcorn even as food and oil is becoming unaffordable for a majority of Indians, and when asked to use our vote wisely, we yawn lazily and reply, “But, there is no alternative!” The more affluent among us advise each other to leave the country altogether. It feels like the mind of the Indian body politic has been lobotomised into indifference.

It was precisely such collective indifference and acceptance that the leaders of our freedom struggle railed against during our fight for independence. Every great leader attempted to free India not just of political enslavement by the colonisers but of the intellectual, mental and spiritual enslavement that colonialism inflicted on the mind and soul of India. Our national movement was not merely for political freedom, it was also a movement for freedom from social oppression by unjust indigenous traditions. Almost all our nationalist leaders, across ideological spectrum, were also social reformers, activists and advocates for reform. They did not see independence merely as an electoral project, they saw it has a transformative project.

India is at the same crossroads again. The challenge is as formidable and all-encompassing as the colonial state. Except it is no longer identifiable as a fair-skinned outsider rather an intangible and abstract ideology of hate that has taken the form of an election-winning formula that far too many Indians are voting for. The solution to this cannot be merely electoral. This is the mistake every opposition party and dissenting group is making. We are seeking an electoral solution to a far more endemic problem.

The monster of hate and apathy that has been unleashed in India was born in our minds and hearts first. A project for change in India cannot be simply a plan for electoral victory, it must be a more transformative attempt. But for that we must start by admitting that the Indian body politic is diseased.