Swara Bhasker on the many deaths of her dharm 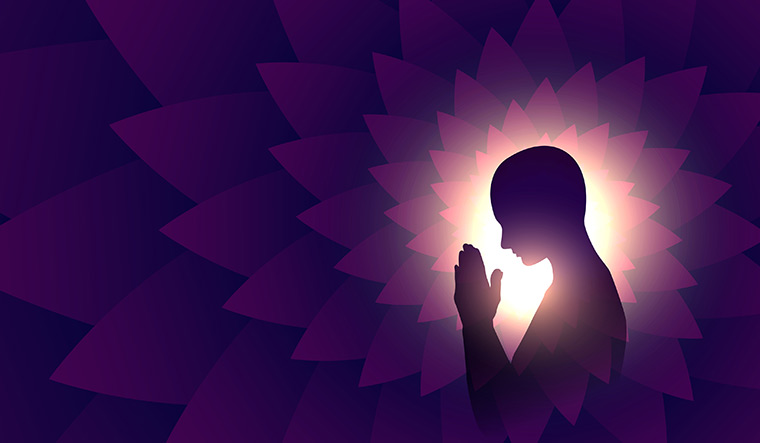 India has a new national pastime. It consists of a ‘no-longer fringe’ group of hindutva hooligans thrashing Muslims on streets, tormenting Christian celebrations, or calling for genocide at one dharm sansad or the other. Videos of these wicked acts are then uploaded on social media and circulated on WhatsApp. The perpetrators invariably claim to represent the Hindu dharm, ostensibly speaking for all Hindus in India and, perhaps, the world.

As a Hindu, I feel deeply ashamed at the terror being unleashed in the name of my Gods. This is not just for reasons of moral propriety, but also because this is not how I remember ‘learning to believe’ as a child. These are not the values of the dharm that I learnt while growing up in a practising Hindu household.

Our ‘faith’ takes root in us depending on what we see, hear and learn from those we love. My earliest memory of imbibing this seamless thing called religious faith is my father gustily singing ‘Suprabhatam’ and ‘Kamala kuchachu’ before his morning and evening prayers. Dad would make his way from kitchen to the study room where my mother had made a small puja place in our government quarters. He would sing loudly and pause to announce, “I’m going to converse with my maker…”, and continue singing. My mother, about to leave for work, would give our cook instructions, and frown and mutter something about how my father enjoyed his exhibitionism. My brother and I would grin and mimic dad’s pronounced Telugu accent.

The other early memory of learning to believe in our Gods were the stories from the Ramayana and the Mahabharata that we heard every day at dinner, the Amar Chitra Katha comics that we devoured, the Sunday readings of the Gita that we resisted because we would rather watch Mahabharata on TV, my mother’s patient telling and re-telling of the Satyanarayan story, and the Vinayaka Chaviti story during pujas that my brother and I sat through only because we had been promised the delicious prasad.

Our other favourite childhood faith-related activity was playacting the villain! My brother and I loved to enact the Asuras. We would stay at my grandparents on weekends and my nani (maternal grandmother), an ardent devotee of Lord Hanuman, would conduct a two-hour puja on Saturday mornings. Bored and hungry, my brother and I would impersonate the Rakshasas and jump around nani, making nonsense sounds, delighting ourselves with how she would frown, get exasperated and threaten us in gestures but never once stop her recitation of the Hanuman Chalisa; only raising her tone and pitch in a futile attempt to ward us off. The memory of this innocent childhood game feels poisoned, as present-day Rakshasas disrupt the Friday prayers of Muslims at namaz sites in Haryana.

Another Mahabharata story that comes to my mind again and again, as I read news updates on Twitter this week, is the tragedy of Eklavya, who was denied education because of his identity. I remember angrily declaring to my parents that Dronacharya was a ‘bad man’. My father, I remember, told me about how even people who are good at their jobs could sometimes abuse their power. Today, when a bigoted principal of a government college in Udupi continues to unconstitutionally deny a group of hijab-clad Muslim girls entry into the classroom unless they remove their hijab, I am reminded of the Eklavyas that continue to be denied their rights.

But, perhaps, my greatest lesson of faith was to realise that Hinduism had some 33 crore Gods, Goddesses and deities; that it is not important that you believe in any one God, that someone believes in it is enough for a God to be a God. You do not have to pray to a God to respect them; that someone prays to them is enough for us to learn to respect that person’s faith.

This beautiful lesson of the Hindu faith began to be demolished with the destruction of the Babri Masjid. And, with every new video of a minority being intimidated, these values of the faith die a new death.