For many Indians, especially Muslims, the New Year began on a bitter note with the discovery that an app called Bulli Bai was auctioning about 100 prominent, vocal and opinionated Indian Muslim women as maids. This was the second time in six months that such a virtual slave auction of Indian Muslim women was taking place. The last being “Sulli Deals”, which caused a huge uproar on social media, but led to no action from law enforcement agencies, namely the Delhi Police. This time around, yet again following social media uproar and some persistent follow up from Shiv Sena MP Priyanka Chaturvedi, the Mumbai Police swung into action. At the time of writing, an 18-year-old girl, Shweta Singh, and a 21-year-old boy, Vishal Kumar, have been apprehended.

Any sane, rational and half-decent person would be horrified, disgusted and deeply saddened at the idea of auctioning women as a virtual revenge sport. And this dastardly act must be condemned by one and all and prosecuted by law enforcement agencies. But are we genuinely surprised that those who have been arrested in the case are children who have just stepped into early adulthood? 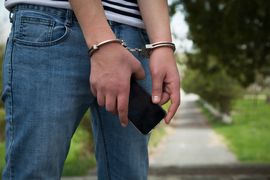 We have other examples of how easily children slide into actions that are so deeply problematic and, in some cases, brazenly criminal. Recall the monstrous gang-rape of “Nirbhaya” in December 2012; one of the six rapists was a 17-year-old boy. One of the rapists in the heinous Kathua gang-rape was fifteen. In May 2020, an Instagram private chat group called “bois locker room”, consisting of adolescent boys from Delhi’s elite private schools, was exposed for circulating nude photos of underage girls in their schools without consent, while sharing gang-rape plans.

We live in a society that is deeply patriarchal, sexually repressed and where a ‘rape culture’ is rampant to the point of normalisation. Violence against women is something that exists at every level, from language and humour, to religious, social and familial practices; so much so that at an everyday level we do not recognise it until a shocking ‘event’ of violence wakes us out of our collective languor.

We have also become a society where hate and bigotry have become both normalised and exist with total impunity. The congregation of hindutva organisations in Haridwar, dubbed ‘Haridwar Hate Assembly’ on social media, saw militant hindutva figures like Yati Narsinghanand calling for the mass extermination of Muslims. This follows an eight-year period that has seen the ceaseless vilification of the Muslim community by the mainstream media, especially electronic, and acts of mob violence against Muslims and mosques; most of which have gone unpunished. Prominent and powerful politicians have repeatedly spewed anti-minority rhetoric with both relish and electoral gain.

Such a culture of misogyny, bigotry, hate and unpunished hate speech and acts of hate, will only subconsciously teach young people and children that it is all right to dehumanise a particular community and people. And a sexist society will obviously target women. Children and youth in India are being taught by everything around them—right from dinner conversations to family WhatsApp group chats to television and popular culture to social media—that minorities are an ‘Other’, less human than you, to be hated, ridiculed, feared and, at worst, exterminated. In this context, is it surprising that young people will use their skills and creativity to debase, dehumanise and demean minorities?

With the Bulli Bai and Sulli Deals apps, the radicalised and misguided Hindu youth of this country have only vomited in public the rot that we as a society have allowed to fester in our homes and hearts for decades and that the political discourse has legitimised. We have made our youth monsters by giving a winning mandate to the politics of hate. Let us not pretend to be shocked now that our children are turning into criminals.