Swara Bhasker: My online existence is beginning to cause real life wounds!

I live a split life. One is my real, daily, physical life that is spent between Mumbai, Delhi and my various shooting locations. The other is an odd cyber life, where I have a chaotic existence. This virtual life of mine resembles a battlefield—there are teams, mainly two—one is the right-wing ‘Sanghi’ ecosystem that rules Indian politics currently and the other is… well, everyone who opposes them. I am obviously a member of the latter.

This side has many sub-teams… each occupying positions that champion the cause and perspective of their particular identity or ideology formation—it could be sexual and gender identity, caste identity, class ideology (these are fewer), ethnic or tribal identity, the more amorphous category called liberals that are hated by everyone it seems, and a category I do not entirely understand—the ‘wokes’. 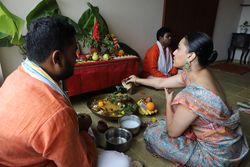 Until last year these two worlds I inhabit, the two lives I lead—real and virtual—never really collided. And, then, after the Delhi riots of 2020, following some tweets I had posted around the various incidents of violence, criminal complaints began to be filed in police stations across the country.

My friends and family were both worried and shocked. We began to clamour to contact criminal lawyers and build defence cases just in case FIRs were registered. It seemed bizarre that as a law-abiding citizen and taxpayer whose whole life and even daily routine was an open book (thanks to Instagram and Twitter), that to one’s recurring expense, one had to add the substantial bracket of a criminal lawyer’s fee! All for a tweet or two! But that is New India.

Thankfully, no FIR seemed to have been registered. Then, every few months, a hashtag #ArrestSwaraBhasker would trend, and my parents would worry and my lawyer friends and I would chat and it became normalised in my life. Until last week, when as part of a new targeted #ArrestSwara campaign, right-wing handles began sharing my personal details, breaching privacy norms. My producer saw the story being reported on Godi-media channels and began to fear for the safety of his film shooting. My local police station in Mumbai called to say that they had received an instruction from ‘higher-ups’ that on the basis of online threat perception I had to be provided bandobast. A police patrol van was stationed outside my house 24/7 for three days. They offered to provide the same on my shoot and I thought of my producer’s reaction, and politely and gratefully refused.

My online existence and its many battles were suddenly beginning to cause real-life wounds! I promised my brother and producer that I would tone it down on Twitter. I decided to start sharing personal life updates. Surely that could not cause a controversy. I put pictures and clips from my shoot, fun stories with my friends and shared some pictures of the elaborate griha pravesh puja that I had done to mark my entry into my newly renovated home.

A friend messaged. “Do you know you have got into trouble again, this time with our side?”

What now? My puja pictures had generated a heated debate between Ambedkarites, Leftists, Muslims and liberals on issues like promotion of Brahminism, personal liberty, freedom of religion, atheism and progressive politics and whether Swara was or was not a casteist.

I felt exhausted by the unfairness of many of the accusations. I mentioned the controversy to my cook and domestic life manager, Bikesh. He smiled and said, “If you place your feet in two boats, of course you will start shaking.”

And there is not a better summary for the many contradictions of my real and online life.