No country for opinions

I remember a clapping game limerick from childhood, which went something like this:

These days, the alacrity with which police departments across India, but especially in BJP-ruled states, arrest common citizens on the most banal pretexts is a Kafkaesque rendition of this childhood limerick. Only, it is happening in real life.

The criminalisation of ordinary citizens on judicially weak but propaganda- and hysteria-heavy grounds has rendered us in the strange situation where professor and lawyer Sudha Bharadwaj is in jail for an incident that took place hundreds of kilometres away from where she was. Numerous activists, most of them Muslim, are in jail on terror charges for giving speeches that pledged allegiance to our Constitutional values. Interfaith couples have been arrested under the newly formed unconstitutional ‘anti-love jihad’ laws. A comedian is in jail for a joke he did not tell. Sorry, for a joke he may (or may not) have been planning to tell. Actors, writers, directors and producers have been denied protection against arbitrary arrest, for a scene that allegedly hurt sentiments of Hindus. (It is important to ask which Hindus, considering that I, for one, as a practising Hindu was not hurt at all.) At the time of writing this, more than a couple of journalists are in jail for basically doing their jobs—reporting what they see and hear. 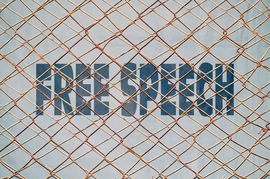 The effective criminalising of dissenting opinion has, in turn, led to the criminalising of ordinary citizens. This is undeniably a sign of any state’s descent into authoritarianism, and India is gleefully marching into the murky pit.

Criminalising opinion of ordinary citizens is only a sign of a brittle and nervous state apparatus that is increasingly alarmed at the potential impacts of organized, mass-based protests and critique by rational thinking minds. And the outright denial of bail to most of these people is a sign that our judiciary is not upholding the ideas of the Indian Constitution, whose spirit the judiciary itself is charged with protecting.

A majority of those arrested are well-respected, tax-paying citizens of the country, or students pursuing higher education. The farmers of Punjab, Haryana and now western Uttar Pradesh protesting on the outskirts of Delhi have, of course, been de-legitimised as Patiala Peg-swigging Khalistanis.

But the most sinister aspect in all this is the abdication by the state of the moral responsibility of doing what is ethically right. By repeatedly flouting Constitutional principles, denying humanitarian treatment and blatantly pursuing a totalitarian majoritarian agenda, the Indian state has come to resemble its colonial ancestor with uncanny similarity. Only an occupying colonial state treats its citizens, their dissent and their demands with such paranoid suspicion. One wonders why a government voted in on a thumping electoral mandate is so scared of democratic procedures and values. Only under an ethical, morally credible state is going to jail an act of shame, a sign of bad character. Under an immoral, unethical state, having been to jail is a badge of honour—think Bhagat Singh, Gandhi, Nehru, Mandela….

I remember an old cook at my Nani’s house would try to make me eat with a bizarre but creepy threat: Bitiya, khana nahi khaaya toh police pakad ke ley jaaegi aur jail mein daal degi daakuon ke saath (Child, if you don’t eat, the police will catch you and put you in jail with dacoits). I smile at the memory and think that if that sweet old cook were alive, then I would say: “Jail mein toh mere dost, teacher aur colleagues hain. Kya pata mummy papa bhi mil jaayein (My friends, teachers and colleagues are in jail. Maybe I will find mom and dad there, too)?”