That the pandemic gave businesses across the world a battering is a truth. Daily wagers and migrants were the worst affected. One of the communities that has also been badly affected are the theatre owners, also called exhibitors and distributors. The closure of theatres was among the first decisions taken by state governments, and understandably so. Theatres were the last to open as the nation limped its way back to a ‘new normal’ with various phases of ‘unlockdowns’.

Audiences, however, have not been left stranded. While shooting was halted, most producers were quick to hand over ready content for direct-to-digital release. OTT platforms saw a spurt of star-studded films being premiered, starting with the Amitabh Bachchan-Ayushmann Khurrana starrer Gulabo Sitabo. 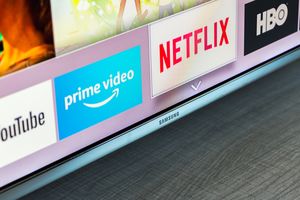 I, too, benefited and ended up having a bonanza release year with three shows on online platforms! June saw the release of Rasbhari on Amazon Prime, August had Flesh release on Eros Now, and in the first week of December, my latest, Bhaag Beanie Bhaag, began streaming on Netflix. I felt grateful and blessed, and also a little guilty. I should not feel so elated at highs while the whole world is battling this seemingly never-ending pandemic.

As I resumed work in the form of promotions on Zoom calls with limited crew members at home, I missed the bustle and chaos of live promotions—sitting in a hotel room sipping Starbucks, and waiting for journalist after journalist, catching up with those one has spoken to over the course of one’s career and have an easy camaraderie with. Or, visiting colleges and malls and interacting with students and shoppers, often bizarrely shaking a leg to a tune from our film, as shoppers go about their business, probably scoffing at us.

But something else has changed, too. And that is the condescending attitude we, actors, secretly nursed towards films that were meant for OTT. Until the pandemic-induced OTT boom, direct-to digital release was seen as a sorry option for films that either were ‘unviable’ for theatrical release or did not have the budgets for promotions, nor the star cast to shoulder the vagaries of the box office. But, with legends like Bachchan, superstars like Akshay Kumar, and legit mass heroes like Varun Dhawan, opting for OTT, the stigma of ‘last resort’ has washed off direct-to-digital films, and suddenly they are the new formula. Everyone is now revelling in the lack of censorship (to a large extent), more creative freedom and loss of the pressure of the box office that the OTT offers. Consequently, a spate of interesting, genuinely new and well-crafted films have already been seen on OTT.

And despite the re-opening of theatres, the digital boom is nowhere close to ebbing. The continuing rise in Covid-19 cases has only meant that despite low ticket prices, theatres have largely remained unoccupied. Distributors and exhibitors seem to be helpless with no choice but to wait it out. But what does this really mean for Indian cinema?

Almost all our industries are hinged on the ‘star-system’. The whole economics of how films are made and released depends on who is the star and what is her/his star-power. What footfalls can the star guarantee at the opening weekend. This star power has been used to justify everything from exorbitant fees of actors, to escalating budgets of films to delays on sets to star tantrums. But with OTT releases, where content rules, and a Jaideep Ahlawat led Paatal Lok gets better views and reviews than Akshay Kumar starrer Laxmii, what actually happens to this star power? When the box office gamble is taken out of the equation and the possibility of bumper bonanza openings on box offices no longer exists, with an audience that is increasingly becoming more exacting, will stardom finally be accountable to talent and performances?

As an outsider who has had the benefit of some success in films and in the OTT space, I only hope that this would be the unwitting blessing of the ravages of a pandemic.