On my first trip to Pakistan in 2005, I was walking the bylanes of a Lahore market and was struck by the number of stalls that sold posters of popular Bollywood actors. I drew a direct correlation between the Pakistani public’s love for Bollywood and the warmth with which they received two young Indian girls. In subsequent travels around the world—the non-English speaking world, in particular—I found that the connection between India and Bollywood always ensured an open smile of recognition, and a feeling of bonhomie with strangers.

A taxi driver in Turkey communicated with me in sign language except when singing, “Awara hoon, ya gardish mein hoon aasmaan ka taara hoon.” A group of young girls in Gaza, living amidst the rubble of a ceaseless war, were keen that I pass a message of admiration on their behalf to Shahid Kapoor. A band in a Morocco shisha lounge realised that I was Indian and played “Tujhey dekha toh yeh jana sanam” to wild cheering. A Lahore wedding party where only Bollywood numbers were played or a Nigerian driver, a hardcore Amitabh Bachchan fan, who claimed that he had become a five-time namazi when Allah saved Bachchan’s life after the fateful accident on the sets of Coolie. These were all foreigners who felt a special connection to India because of Bollywood.

Every time I have travelled I understood the reach of Bollywood’s ‘soft power’. Used judiciously, Bollywood could have been India’s benevolent weapon on the world stage. However, no government has really understood the potential of Bollywood, and if they did, they chose to ignore it. Until 2014.

The Modi government has been the only government in the history of independent India to not just understand the extent of Bollywood’s usefulness in serving state agenda, but also to have made use of the star power. Unfortunately, instead of using Bollywood’s soft power to propel Indian values on the world stage, the government put Bollywood to use for a more personal agenda.

The last six years have seen Bollywood elite endorse government campaigns, tweet vociferously in support of the government, lavish praise upon the PM, make films that barely conceal the obvious references to the PM and his various welfare schemes, and contribute enthusiastically to disaster relief funds named after the PM.

Bollywood stars have graced the PM’s functions and posed for selfies. Popular dialogues have been put to the service of BJP’s campaign and films eulogising the government have turned the government’s self-proclaimed military successes into the stuff of legends. What has Bollywood got in return? 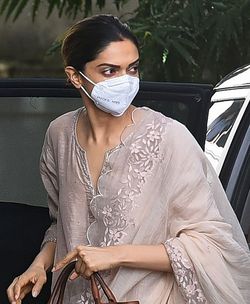 Bollywood has found itself playing villain in a salacious, high-pitched, delusional, divorced from facts, sleazy narrative about drugs, nepotism, mafia influence and rape accusations in the four-month-long media trial following the death of actor Sushant Singh Rajput. The industry has been described as “filthy”, as a “den of drugs” and as having a stench that “all the perfumes of Arabia” cannot conceal. Top actors and producers have had their characters assassinated by hysterical anchors, their WhatsApp chats leaked, and summoned for questioning. Not a sound of support from the government that a lot of mainstream Bollywood spent the last six years paying obeisance to.

In fact, pro-government actors, who have had immense success from Bollywood, turned on the industry often with accusations that were not entirely fair, sometimes in Parliament. And the Sangh-inspired rightwing social media system is dripping with bizarre theories about the many evils of Bollywood—ranging from Jihad and Pakistani ISI connections, to incest and murder!

While it is understandable that no businessman wants to jeopardise their investment by taking up cudgels against the ruling dispensation, especially given the amount of control various government bodies can wield on the release of films, mainstream Bollywood needs to ask itself whether it landed a raw deal in choosing the path of blind unctuousness. And as it prepares for a court battle with two news channels over defamatory content, maybe Bollywood needs to shed some more servility and fear, and start standing up for itself.