Watching Arthur Miller’s The Crucible in London I was thoroughly shaken by it. The play is a fictional dramatisation of the Salem witch trials that took place in Colonial Massachusetts during 1692-93. The town had been gripped by rumours of people practising witchcraft, and soon a mass hysteria developed, which had legal repercussions and led to deaths of many innocent women and men.

In the hearings more than 200 people were accused of witchcraft. Thirty were found guilty, nineteen of whom were executed by hanging. These trials are remembered for being the deadliest witch-hunt and the most dangerous example of ‘mass hysteria’ in the history of colonial North America. 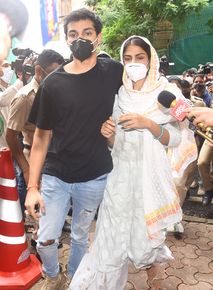 The Crucible opens with a group of young girls attempting a pagan ritual to plant a curse on the wife of a local farmer—John Proctor. They come home as one of them—the 10-year-old daughter of the local priest—has become unconscious. The preacher knows of the ritual-game but rumours of witchcraft have spread and crowds have gathered outside the house. In the questioning, we learn that all the villagers have a grouse against one or the other neighbour and most have their own secrets to hide. In trying to protect her affair with Proctor, whose wife she wanted cursed, Abigail Williams, a 17-year-old girl, accuses the black female slave of the house of witchcraft. The slave, Tituba, under the threat of being ‘whipped to death’, confesses falsely to being possessed by the devil and accuses others.

With that begins the spread of mass hysteria, and as the play progresses we see how personal enmities influence the accusations; how mass hysteria blinds men and women and kills their rationality and empathy, and leads to a bizarre situation of innocents being hung to death. The play ends with a chilling climax where the protagonist Proctor is hanged for refusing to confess to witchcraft.

In recent weeks, I’ve often thought of The Crucible as I watched the public sentiment around the death of actor Sushant Singh Rajput, ostensibly by suicide, turn from emotional outpouring of grief by fans into a media-fuelled hysteria and blind certitude that he was murdered.

Initially Bollywood insiders and ‘nepotism’ were seen as the reason for Rajput’s death. But, soon a case was filed against his girlfriend, actress Rhea Chakraborty, for abetment to suicide. This led to a shocking slander campaign and hysterical media trial that has practically declared Rhea to be a murderess, with no proof, based on contorted facts, rank misinformation and what are now being proven to be lies. Rhea has been investigated by three agencies—Mumbai Police, Enforcement Directorate and the CBI­—and may soon be examined by the Narcotics Bureau. She has been vilified and called slanderous names by social media ecosystems and #JusticeForSushant ‘warriors’. Salacious conspiracy theories about her have done the rounds and she, her family and staff at her building have been physically hounded by shameless media personnel.

Rhea’s WhatsApp chats have been selectively leaked and despite her appearing on TV and rejecting the falsehoods more conspiracy theories have surfaced. At the time of writing, the CBI has not found any proof of murder in the case. But evidence that suggests that Rajput’s family has lied is emerging. Watching this case play out and turn into a senseless, hysterical, conspiracy-heavy TV soap-like reality-show, one cannot help but wonder at the human condition.

More than 300 years after the Salem witch trials, we find ourselves gripped by mass hysteria in a manner that has shorn us of rational thinking, basic logic, objectivity and even human decency. As a society, our latent voyeurism is unabashed and as educated people our quickness to abandon rationality is shameful. Technology and constant access to information ought to have elevated our thinking, instead we have used technology to sink to our basest self—leaking and sharing images of Rajput’s corpse in WhatsApp group chats, and leering at Mahesh Bhatt hugging Rhea, assuming the worst.

It seems that along with Rajput, public decency has also died. The people of Salem in the 17th century acted in ignorance and due to religious fanaticism. What in 2020 is our excuse?