The outsider who conquered Bollywood

Contrary to a narrative that has since emerged, mostly pushed by people who have personal bones to pick with Bollywood biggies, Sushant was actually a dizzying story of success. This boy from Bihar cracked premier engineering entrance exams only to drop out, move to Mumbai with no film connections, become a popular TV face, and then a solo lead hero in Bollywood with a Rs200-crore-grossing film in his kitty. Sushant achieved all this in just seven years. As an outsider who has now spent more than 10 years in the industry believe me when I say—this is a dream! 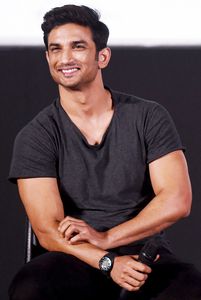 Sushant’s success in Bollywood was no mean achievement. Of the 10 films he starred in, six were hits and among the three flops—Detective Byomkesh Bakshy and Sonchiriya were critically acclaimed. Sushant’s performances always drew praise and he won awards for Kai Po Che and MS Dhoni: The Untold Story. In seven years, he had worked with all the top studios in Bollywood. His last release, Chhichhore, grossed Rs200 crore worldwide. Sushant was very popular with the college-going audiences. He had made good money, and was generous with it. During the 2018 Kerala floods, he donated Rs1 crore to the chief minister’s relief fund. He drove snazzy imported cars, lived in a duplex in one of Mumbai’s posh parts, and was always rumoured to be dating beautiful actors.

Here was a young, intelligent, talented handsome boy from small-town India, who made it on his own in the cruel world of showbiz and was on his way to superstardom. Well, he had made it, and he was on the cusp of superstardom.

Until he pulled the curtains on his own dream life and, in the process, laid bare the bitter truth about material success, stardom, fame, showbiz and celebrity lifestyles—that they are no guarantee of happiness or peace. That depression is a disease that can strike anyone. That success, money and name cannot protect us from the dark shadows of our minds. Sushant’s deeply tragic death showed us how little we in India understand about mental health. Sushant’s death should have been a time for us to learn about mental health—instead we descended into voyeuristic dirt-digging, petty mud-slinging and opportunistic score-settling. Shameless media channels displayed numbing levels of insensitivity in reporting the suicide—some even shoving mikes in the face of his grieving father; countless Indians forwarded WhatsApp images of his corpse (which begets the question of how it was leaked), while certain film stars and directors used the tragedy to make accusations and unleash an emotional virtual mob on their ‘personal-enemies’ and virtue signal about their own greatness, newly born ‘fans’ of Sushant spewed filth and hate on ‘star kids’ and ‘nepotism gang’, and Bihar politicians jumped in, with election season around the corner, and demanded a CBI enquiry into Sushant’s death. What seemed quite clearly to be a tragic suicide now became a sinister murder with a large part of Bollywood ostensibly accused as the murderer.

Goodbye, Sushant. I am sorry we did not allow even your death to be about you.