Bollywood has been at the receiving end of brickbats these past two months. On March 27, social media was flooded with news that businessman-philanthropist Azim Premji donated Rs50,000 crore towards Covid-19 relief. This was later found to be a donation from 2019. Nevertheless, people began to ask Bollywood stars where their donations were. The questions had accusatory tones and the cacophony was shaming actors for being rich but not contributing towards alleviating a national crisis. Soon enough, Bollywood stars, one after another began announcing the amounts they had donated or pledged toward Covid-19 relief. A niggling question arose in my mind but I pushed it out.

A few weeks later, the din died down, only to be renewed when actor Sonu Sood began doing some stellar work with arranging transport for migrants stuck in Mumbai. Right-wing Twitter began to tag celebrities who had participated in the CAA-NRC protests in December 2019, asking in varying degrees of vulgarity and glee where they had all disappeared. Once again, a few celebrities posted about their relief efforts. I, too, felt compelled to post about the relief efforts I was participating in to send migrants in Delhi back to their homes in Uttar Pradesh and Bihar. It was a satisfying and hope-inspiring effort. I felt humbled to see how hard on-ground volunteers were working to help strangers. It was gratifying to see how willing citizens and corporates were to donate money and items of use. Not one call for help that I made went unfulfilled. I was struck by the alacrity with which officers and bureaucrats responded at this time. For the first time in months, I felt hopeful about our humanity. 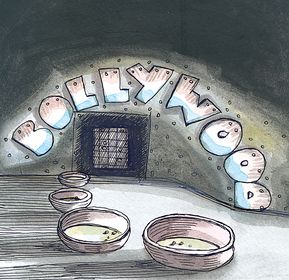 Then the niggling question returned with a few more friends. This time, I feel I have earned my right to articulate them. While it was gratifying to see civil society rise to the occasion and unite in generosity, I couldn’t help but ask those shaming Bollywood on social media—are countries supposed to be run on charity? Are national crises tided over by the philanthropy of movie stars and business tycoons? What happened to our health budget? Was it all spent? Was it Bollywood’s responsibility to bail out the country? Was Hollywood similarly saving the USA? The Central government had announced an economic stimulus package, of which 50 per cent were programmes and schemes that were already under way. Doctors and medical staff were reporting a horrifying lack of PPEs. Meanwhile, the migrant crisis in India was becoming a humanitarian disaster. Hungry and hapless migrant labourers who were walking back to their homes battled the heat, police brutality, government inaction, hunger and death. And, of course, the coronavirus. Shramik Special trains were announced to take migrants home—those trains caused riots and over-crowding and near-stampede like situations in some cities. Reports came of migrants dying from hunger and dehydration on these trains, as trains lost their routes and ended up in wrong destinations! It was like a bad play. The Food Corporation Of India and an online portal bickered about the veracity of a story on food wastage during Covid-19 crisis. Another death was reported from hunger. The Central government refused to allow a public audit of the PM Cares Fund—the total corpus of which, it is reported, stands at about Rs10,000 crore.

The Covid-19 crisis continues unabated. Numbers of infected patients are rising astronomically as hospital beds fall short drastically. State and Central governments flounder with damage control. It behoves us to ask how we got here, whether there was a more prepared manner to go into the lockdown, about the money in the PM Cares Fund and the PM’s Relief Fund, about the inadequate health bill, about the mess of our public infrastructure and the shortage of PPEs. These and many more questions need to be asked. But not of Bollywood!