As I write these words, my state is riven in a bitter election campaign, with harsh words being flung at and by the ruling party. And yet, though much criticism of the government is justified, the ‘Kerala Model’ itself cannot be disputed.

The phrase was revived last year to praise the state’s success in initially suppressing the spread of Covid-19 and ‘flattening the curve’ till October, when cases re-escalated. But the government’s failures to maintain its performance do not discredit the Kerala model itself. For its Covid-19 response has emerged from a template that long preceded the current crisis. Among Indian states, it is unique for having allocated significant resources to public health, devolved power and funding to village-level bodies, and established a system that promotes community participation and public cooperation.

In addition to having the highest literacy rate in India (94 per cent), Kerala also boasts a declining birth rate, higher life expectancy, more empowered women, and stronger welfare support for the marginalised. People do not beg or starve in Kerala.

The state offers universal access to health care, and respects all residents as rights-bearing citizens. Throughout the current crisis, Kerala’s educated populace has behaved responsibly, limiting community transmission, cooperating with authorities, and seeking prompt treatment. This institutional and political culture is not the result of some one-off policy. Kerala has spent generations creating the infrastructure to support social development, placing it far ahead of the rest of India on many key indicators.

Kerala has a vibrant civil society, free media, and a competitive political system. Its robust form of social democracy reflects the contributions of alternating coalitions of communist and Congress-led governments over time.

Kerala has built on its tradition of decentralised governance, transparency, public trust and governmental accountability. While these must not be seen as a reason to underplay the current challenges the state faces, it offers a timely reminder that with greater sensitivity to the crisis at hand, more public willingness to continue to adopt counter measures like social distancing, wearing of masks and sanitisation measures, we can bounce back. 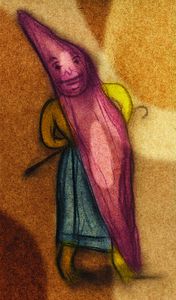 Malayalis are a people of incredible resilience and fortitude. Whether it was during Cyclone Ockhi, the devastating floods in 2018 and 2019 or even in the face of similar virus outbreaks like Nipah, the people of the state have found a way to face these serious challenges head on.

When sources for conflict have arisen, the people have found a way to remind the rest of the country that we are proud flagbearers of a phenomenon I call the ‘Malayali miracle’. No politician can claim credit for this, the “real Kerala model”—a community that has practised openness and tolerance from time immemorial; which has made religious and ethnic diversity a part of its daily life rather than a source of division; which has overcome caste discrimination and class oppression through education, land reforms, and political democracy; which has given its working men and women greater rights and a higher minimum wage than anywhere else in India; and which has honoured its women and enabled them to lead productive, fulfilling and empowered lives.

And, yet, this election has again confirmed the need to update the Kerala model while preserving it. We must sustain our human development not by borrowings but by attracting investment. Instead of exporting our unemployment, we must generate jobs and support entrepreneurs. Instead of relying on remittances we must develop our home-grown strengths. The red-flag culture of repeated hartals must end with an acceptance of social responsibility for the common good.

As a Malayali and an Indian, I look forward to the day when Kerala will no longer be the exception in tales of Indian development, but again the trailblazer.