During the unpleasantness surrounding the arrest of 22-year-old activist Disha Ravi, the most unsavoury of the many disagreeable elements in the controversy was the attempt of hindutva social media warriors to disparage her by claiming she is Christian. She is not, but what if she were? In the BJP’s “New India”, is merely being Christian enough to qualify for the epithet “anti-national”?

The irony is that Christians have long been among the builders of modern India, and many are the BJP leaders who, like L.K. Advani, had their intellect first shaped by Christian education. My first substantial interaction with Christian teachers took place when, as a rather nervous young boy, not yet six years old, I was admitted to the Montfort Boys’ Boarding School in Yercaud, Tamil Nadu. A year later I joined the prestigious Campion School, Bombay, where a majority of the teaching staff was Christian, and finished high school at the St Xavier’s Collegiate School in Calcutta, where I encountered a few more teachers of that persuasion.

I should mention that the three schools I went to from ages six to 16 had an interesting detail in common: they were all Catholic schools, two of them Jesuit. It is remarkable how much this one order has done to educate and train millions of Indian children to make successes in their lives.

A number of the priests at these schools were remarkably well-trained. At St Xavier’s I remember several brilliant young Jesuit fathers. The late Father Remedios, a superb guide to Shakespeare as well as “Values of Life” (Biblical ethics without the Bible!), was an excellent class teacher who, after instilling in us his profound knowledge of Julius Caesar, cycled regularly to jail, visiting prisoners to minister to their moral and spiritual needs. 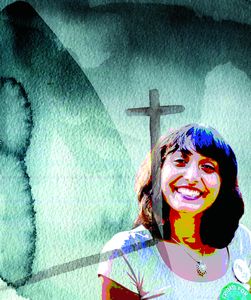 The now-eminent theologian Cyril Desbruslais, then in his 20s, took my class through an epistemological argument for the existence of God, which certainly impressed my fourteen-year-old imagination at a time when I was beginning to flirt with the idea of atheism. When you discover rationality, the idea of religion does not seem so appealing, until you discover the limits of rationalism in a world whose wonders surpass the explanations of reason. But in between I benefited from a very rational, structured philosophical argument from this Jesuit priest who lectured teenagers on why God existed, citing Kant and Thomas Aquinas in the process.

I remember playing during the recess in our wonderful ‘big field’ with some of the outstanding Anglo-Indian students of the school, who consistently excelled at hockey in particular, and won every possible song and music competition. My debate and speech teacher at St Xavier’s, who also directed the high school’s annual play, was another sparklingly gifted exemplar of the cultural strengths of the Christian community.

It was particularly striking to me that in our interactions with these teachers, we were absolutely free to express our beliefs and views. Elsewhere, you learn to answer the questions. The teachers I was privileged to have taught me to question the answers—and later I went on to question the questions, too.

Thanks to them, at an impressionable age, I was given an education that combined a well-rounded tutelage with a pan-Indian outlook that made me deeply appreciative of eclectic social interests, the importance of a questioning spirit, and, above all, humanitarian regard for the well-being of others.

The next time a hindutvavadi tries to turn “Christian” into a term of abuse, I urge my fellow citizens of that faith to wear the badge with pride. There is much that millions of Indians should remain grateful to Christians for.