The 10th death anniversary of eminent Kerala politician K. Karunakaran offered a sobering reminder of a different kind of politics. We live in an era where politics is at its lowest ebb; where identity trumps performance; and where temples, pilgrimage sites, mosques and love marriages are the battlegrounds for political contestation. What we need is a refocus on what matters to people, and this is why it is essential to recall Karunakaran. At a time when development is Kerala’s crying need―when its young and unemployed are clamouring for political leadership to fulfil their aspirations―his life reminds us of an era of innovative change.

Karunakaran was instrumental in conceiving, initiating and implementing several infrastructure projects in Kerala―notably the Jawaharlal Nehru Stadium and the Cochin International Airport, the latter being India’s first public-private partnership airport―that most conventional politicians had considered unfeasible. He overcame political resistance and got them done.

The much-touted ‘Kerala Model’ of advanced human development has led to a certain degree of political complacency. Disillusionment is growing among the public with conventional politics. Kerala has to move beyond the basic issues, boldly tackle ‘second generation’ problems such as creation of infrastructure, move to a manufacturing, if not heavily industrial, economy, develop itself as a knowledge economy, improve the quality of higher education and vocational training to meet the requirements of a modern workforce, and build on its existing successes in tourism and hospitality services. All this will create meaningful employment opportunities and an increase in income levels. 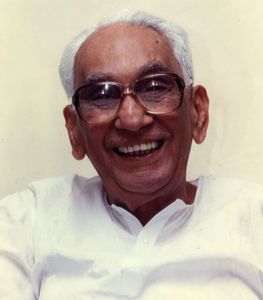 The story of the Titanic from the early years of the last century is instructive. For almost a hundred years, it was believed that its sinking on its maiden voyage from Southampton to New York was caused by the ship moving too fast and the crew failing to see the iceberg before it was too late. But a book by a descendant of one of the officers of the ship revealed that the accident was caused not by speed, but by a steering blunder. It seems that the ship had plenty of time to miss the iceberg but the helmsman actually panicked and turned the ship the wrong way, and by the time the error was corrected, it was too late and the ship’s side was fatally holed by the iceberg. The error occurred because at the time, seafaring was undergoing an enormous upheaval as a result of the conversion from sail to steam ships. The change meant there were two different steering systems and different commands attached to them. When the first officer spotted the iceberg two miles away, his order was misinterpreted by the quartermaster, who turned the ship left instead of right.

In a sense, Kerala’s development failure has been like the story of the Titanic. Today, the ruling left appears unsettled by the global changes which have moved the economic system far beyond their old paradigms and theories.

As with the Titanic, there is nothing wrong with the ship―Kerala, its people, its resources or its potential. But the state has to move with the times and not be left behind. Reliance on NRI remittances will not solve the basic problem, since these are essentially personal savings and spent on conspicuous consumption, including purchasing land and constructing dwellings. Kerala has to attract productive investment funds, which can produce goods and services. This will only happen if Kerala is hospitable to investors, who are terrified that if they set foot in Kerala they will be greeted by red flags.

“Leader” Karunakaran won public trust for his vision of development and made a remarkable success of it. He left us 10 years ago, but there is no excuse for forgetting the lessons he taught us. We must rededicate ourselves to creating once again a developed Kerala that he always believed was possible.