No longer the India the world admired

Every time I find myself arguing with a supporter of the ruling party, especially when he has nothing to say in rebuttal to my points about the economy, the social unrest and the divided political climate, the response comes: “At least India’s stature in the world has never been higher.” As my jaw drops in astonishment, the ‘bhakt’ goes on: “For the first time, Indians can hold their heads high in the world.”

The breathtaking falsity of this assertion testifies to the powerful impact of the BJP propaganda, assiduously spread through social media, where repetition alone is enough to secure conviction. But the truth is exactly the opposite: India’s stature in the world has never been lower. 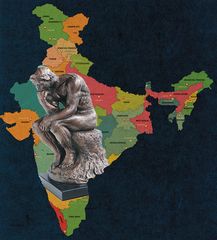 It gives me no joy to say this. Even as an opposition MP, I would like my country to be held in high regard globally, as a thriving democracy and an example to the world of how to manage diversity in a free and open society. Instead, I know that for some time now the world has been troubled by an India that is seen as increasingly bigoted and intolerant, one that is wilfully driving sectarian wedges between its people and is being overtaken by an intolerant majoritarianism that has no appeal to the world outside.

Every major newspaper abroad, whether on the right (like The Wall Street Journal or the Financial Times) or the left (The Guardian or The Washington Post) has published critical editorials about India, and the drumbeat of daily reporting as well as the op-ed columns is relentlessly negative. But the blinkered bhakt sees none of this.

At home, even neutral figures known for their reticence on political matters have expressed alarm. Former foreign secretary Shivshankar Menon said the government’s amendment to the Citizenship Act was a “self-inflicted goal”that has isolated India and resulted in the country being hyphenated with Pakistan as an intolerant state. “We have no international support apart from a section of Indian diaspora and some extreme right members of the European parliament…and the list of critical voices in the international community is also pretty long,” he said.

Referring to Bangladesh Home Minister Asaduzzaman Khan’s comment—“let them fight among themselves”—Menon added, “If this is how our friends feel, think of how happy this will make our adversaries.” Several world leaders, including French President Emmanuel Macron and German Chancellor Angela Merkel, and chiefs of UN bodies on human rights and refugees were critical of the government’s recent moves. Kashmir has been discussed in the UN Security Council again after 40 years.

In the US, the bipartisan consensus on strong India-US relations that used to exist for the last 25 years, irrespective of who was in power in Delhi or Washington, has been broken. All the significant Democratic presidential candidates have spoken out about their concerns. Hearings have been held in the US Congress, negative language on Kashmir has been inserted into the annual Foreign Appropriations Act for 2020, and a resolution critical of India is gaining co-sponsors. So is one in the European parliament.

What the world thinks matters more to us now than ever before, not least because we are far more dependent on external trade and investment than we ever were. But foreign investment is an act of trust and faith in the future, which is fast eroding. Our credit ratings have declined; seven countries have issued travel warnings about India. For years, India was seen as a model for other countries in the developing world. Now, the ruling party’s divisive actions, driven by narrow party-political goals, have dented that image.

I, too, was proud to hold my head high as an Indian abroad. Today I am mortified when foreigners ask me to explain what is going on. “What has happened to India?” they ask in dismay. The sad answer is, we have ceased to be the India the world admired.