The curious case of Chuuk

Sometimes a political or constitutional crisis elsewhere is of such momentous inconsequence to Indians that it is safe to assume that no one in our country would have heard of it. We are congenitally absorbed by politics, yet I suspect no one would be able to place Micronesia on a map (though my twin sons, who could cheerfully rattle off the capitals of every member country of the United Nations by the time they were five years old, would have told you it is Palikir. Mind you, even they may have forgotten that by now.)

But I mention Micronesia because I feel obliged to tell you of at least one political crisis you have never heard of, since Indians are masters of trivial information. 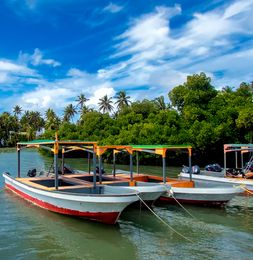 The crisis is this: the Micronesian state of Chuuk has been demanding a referendum for independence from the Federated States of Micronesia, and it has drawn China and the United States into an unseemly tussle.

First, some background: the Federated States of Micronesia is a UN member country that comprises more than 600 islands in the northern Pacific Ocean, scattered over thousands of kilometres but containing a combined landmass of only 700sq.km and a grand population of about a lakh of people. Chuuk is the largest of Micronesia’s four states; 53,000 people, it has around half the country’s population. The people of Chuuk believe they do not receive their fair share of government resources from the government in the national capital Palikir, which is in Pohnpei state. Visitors to Chuuk speak of bad roads and poor levels of economic growth. (There have been similar rumblings from another state, Yap, which has, yes, been yapping about secession, too).

Here is why global politics has come into play: Micronesia, which is one of the world’s poorest countries (or least developed, as we prefer to call it), is in a compact of free association with the US, meaning grants from Washington sustain much of its budget and most of its services. Significantly, Micronesians also get the right to live and work in the US. If Chuuk seceded, its people would lose those rights—and about half of them are in the US already.

Chuuk’s independence advocates blithely argue that when a new nation is formed, it would simply negotiate a new agreement with Washington, but given the Trump Administration’s xenophobia, this seems unlikely to happen. Today’s US, its own officials concede, is not the same country as the one that signed the original agreement. Chuuk would risk being cast adrift.

In that case, however, an independent Chuuk would be forced to turn to China for the benefits it would no longer receive from the US—and this would dramatically intensify the already tense competition between Beijing and Washington in the Pacific Ocean. The money Chuuk needs would be loose change for China, and would buy it a significant foothold in a US-dominated part of the world. A Chinese military presence in the archipelago would give Beijing control of Chuuk’s defence and foreign policies, and an extra vote at the UN. That is the crisis.

Alarm bells have been ringing in Washington. Chuuk offers a special prize: the Truk Lagoon, a body of water more than 60km across created by a barrier reef. Better known as one of the world’s best diving spots, it is an ideal shelter for ships. The Chuuk independence referendum planned for next month, alongside Micronesian national elections on March 5, has been postponed for now, deferring the global superpower clash. This will allow Micronesians to look more closely at the constitutional implications, study the consequences for the public and let the legal experts complicate matters further with possible amendments.