When disasters finally recede, observers start analysing the lessons learned: mistakes that should not be repeated and successes that can be replicated. Though the victims of the devastating Kerala floods are still counting the costs of this cataclysm, it is heartening that we can discern many a silver lining among the cloudbursts.

First, and most important, was the way Kerala itself responded. There was an extraordinary rallying around of every Keralite; the acts of solidarity, including by those who had lost much themselves, were remarkable and often heart-rending. They were reflective of a human spirit that rose magnificently to the occasion. 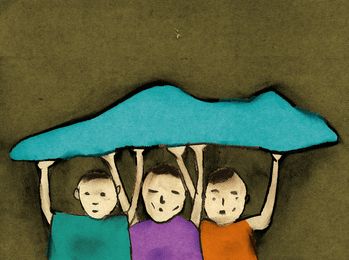 Young people, so often seen as self-indulgent, brought energy and millennial savvy to the fore. They were everywhere, collecting and packing relief materials, volunteering in relief centres and, very often, taking the relief themselves to the needy. Thiruvananthapuram, as one of the least-affected districts, rapidly became a relief centre for flood victims, a central point where aid could be received and despatched. A Facebook group that specialises in restaurant reviews, EatAtTrivandrum, converted itself into a volunteer centre, collecting food from restaurants and sending it to the starving. Other informal networks sprung up on social media. The 20-somethings worked the virtual and on-ground networks brilliantly.

When, in the early days of the rescue effort, even the official rescue squads did not have enough boats, Kerala’s brave fishermen rode in, saving countless lives. They belong to the poorest strata of our society. Yet, they refused all payment for their services, often declining food so that they could give it to the hungry. Their boats were scratched and damaged in the process, but several have turned down the compensation offered by the state government, saying the money needs to go to those who have lost everything.

Kerala, it is said, is one part of the country where everything is political. But, the floods showed that Keralites could be non-partisan too, as they put aside their differences for the common cause. In my rounds of relief camps in my constituency, I was pleasantly surprised to see volunteers from the three principal political forces—the left, the United Democratic Front and the sangh parivar—working side-by-side without any sense of competition (though, of course, social media warriors sitting at their computers far away did their part to undermine that).

Of course, there were negatives: the egregious right-winger whose voice message urging people not to donate to Kerala went viral, the communal bigots who proclaimed that Keralites were being divinely punished for various sins, and the armchair moral police who attacked Keralites for everything from ingratitude to insulting national pride by asking for aid in their hour of distress. But, despite these flies in the ointment, the overwhelming kindness and humanity on display was balm for the soul. India poured its heart out to Kerala, giving its love, its help, its money and its concern.

The long and arduous task of rebuilding is just beginning, but as Kerala picks up the pieces and works toward a sustainable future for itself, it does so on the strongest possible foundations of unity, solidarity and, yes, humanity. As the floodwaters finally recede, they have left behind not just the sludge, grime and wreckage that volunteers are currently cleaning, but also an intangible residue of hope.