Why addressing MPs as 'gentlemen' is objectionable

Protocols and courtesies have their uses

Are our MPs gentlemen? A lady member, Minister Smriti Irani, says so. Pretty gracious of her! Yet Adhir Ranjan Chowdhury, who leads the Congress in the Lok Sabha, took offence last week when the good lady called the BJD’s Chandra Sekhar Sahu a gentleman.

Men are usually guys, fellows, fellas, chaps, dudes, sods, SoBs and worse in most places. Gentleman is a term used in genteel circles for referring to a man who is polite, behaves well and, as Oscar Wilde is said to have said, one who “never insults anyone unintentionally”.

Gentlemen are spotted in three places. One, in welcome speeches at functions where ‘ladies and gentlemen’ is a polite catch-all for ‘the rest of you lesser mortals in the back rows’. 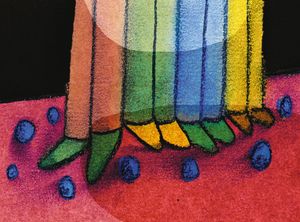 Two, in the armed forces. There, every man who bears a star or more on the shoulders, wields a baton and speaks English is a gentleman. Trainees who are yet to acquire those are gentlemen-cadets. If you hear “gentlemen, bottoms up” in the officers’ mess, rest assured that nothing unnatural is going to take place. They are only telling the young men to finish their drinks and get to the dinner table asap. These days with ladies in uniform, I hope they have dropped the phrase, lest a few cluster-bombs burst in the messes.

The third place? Well, to most of us civvies, gentlemen appear on signboards outside men’s washrooms. Those, ironically enough, are places wherein some of the gentlest Dr Jekylls turn into porn-minded poison-scribbling Mr Hydes.

All those are beside the point here. We are talking about men in the houses of Parliament. Adhir Ranjan’s point was that men in Parliament shouldn’t be called gentlemen. What then? Villains? Perish the thought; that’s breach of privilege. In the house, said Adhir Ranjan, every member should be called an “honourable member”.

The lady that she is, Smriti enjoyed the joust. She uttered the objectionable word a couple of times more before letting it go, and then yielded graciously by calling Sahu an “honourable member”. Take my word, she didn’t mean what Mark Antony did when he called a certain fellow-Roman as “an honourable man”.

That, ladies and gentlemen, is the beauty of protocols. They make every idiosyncrasy look or sound sacred and sanctified, and help turn every brawl into a platonic debate.

Law courts excel in these. Every counsel is learned, and every judge in the high courts and Supreme Court is a m’lord, though the last of the real lords went with the Mountbattens and the Somerset Infantry. The Bar Council and some of the judges have often asked for the practice to be ended, but as Fali Nariman wrote in his memoirs, the judges like it. We saw that once in the Supreme Court. Justice S.A. Bobde once asked in open court for the practice to end; yet he came down like a tonne of bricks on a poor law student who addressed him “Your Honour” a few months later.

The presidency is another fortress of protocol. Abdul Kalam dispensed with the dress code (national dress/lounge suit) for guests at I-Day and R-Day receptions; Pranab Mukherjee replaced “His Excellency” with the less pompous “Honourable” before his name, except when being addressed along with a foreign excellency.

Some of these are welcome reforms, but let’s not change it all. Protocols and courtesies have their own uses. They render the humdrum functions of the state a certain dignity, its offices certain sanctity, and its functionaries certain halo.

Remove those attributes, and call the President, “hey dude!” The skies won’t fall. But the state will. It runs on the consent and respect of the citizen.