The world's eight-billionth baby was born on November 15. There were two claimants—one born in the Philippines, the other in the Dominican Republic. Whoever is declared the winner, a grave in Bath Abbey in England would have shaken at the moment of their birth—the grave of Thomas Robert Malthus.

Was Malthus wrong? No! He was right; his prediction went wrong because he predicted it. Confused? 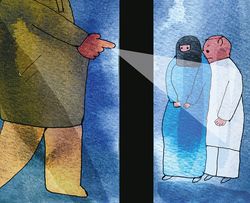 The worst happened to Karl Marx. He predicted that just as primitive communism gave way to slavery, slavery to feudalism, and feudalism to capitalism, capitalism will inevitably give way to communism because of the contradictions within the capitalist order. This prediction, and the forced arrival of Lenin's communism in Russia, alarmed western regimes. Britain, where Marx said the revolution would come first, quickly introduced minimum wages, fixed working hours, old-age pension, labour bureaus, workmen insurance, free schools and school meals for the poor. John Maynard Keynes theorised these into welfare economics; Franklin Roosevelt implemented these in the US.

As the proletariat began to get petit bourgeois comforts of life, they worked better, produced more, helped make more profits, got better wages and forgot Marx. In short, if Marx had not predicted it, who knows, the world would have been communist by now.

Similar has been the fate of Malthus's prophecy. In the days when Malthus lived, people made babies in dozens, and blessed newly weds in the way God blessed Noah and his sons: “Be fruitful and multiply, and fill the earth.” Malthus' doomsday warning alarmed rulers and thinkers. Gradually, they found ways for farmers to grow more crops (dams, canals, better seeds, better manure, better weedkillers...) and for people to make fewer babies (vasectomy, tubectomy, the pill, condoms and more).

Both were introduced in India during the Indira Gandhi regime. If Indira launched the green revolution by which crops multiplied geometrically, son Sanjay devised ways to make people multiply arithmetically. It is another matter that his forced cut measures backfired politically, and 'family planning' became a dirty term. Successor regimes adopted the term 'family welfare'.

All the same, most people got the message. Mothers have since been bearing fewer babies. Better health care also helped. Today's mothers are surer about their babies' survival into teens than were mothers of yore.

Yet, India has not done enough. At the rate of 67,385 babies born every day, we will overtake China as the most populous nation next year. We ought to do something for people to make even fewer babies.

The problem is that the moment we talk of birth control, the debate gets communal. Hindu rightists accuse Muslims of procreating faster; Muslim rightists counter that government data show sharper fall in Muslims' fertility rate than among Hindus.