Rajiv Gandhi's assassins are walking free, thanks to the Supreme Court that thinks justice is not revenge. The convicts have suffered enough; they have been studious and virtuous while in jail; so no need to keep them behind bars any longer.

The DMK is overjoyed; the Congress is peeved; the Gandhis are silent; the BJP is watching the fun.

No assassination has shaken Indian polity as rudely as Rajiv's. There was no ethnic bloodbath after it, as there had been after Indira Gandhi's, but there have been political blood feuds.

Coalitions of convenience were made and unmade in its aftermath. Friends traded charges over it and turned foes; foes forgot old feuds and turned friends. Every government that came after it—except Narendra Modi’s—paid some price for it. One, Inder Gujral's, fell in its aftershock. 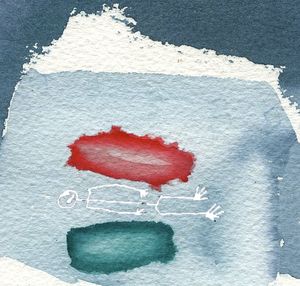 Governance became impossible for P.V. Narasimha Rao after dissidents in the party accused him of undermining the M.K. Jain Commission that was probing the plot behind the murder. They got a shot in the arm after Sonia made a seven-minute speech at Amethi, and when Priyanka made quiet appearances on the audience benches during the commission hearings.

As Rao forged a pact with J. Jayalalithaa’s AIADMK in the 1996 polls, Congress elders in Tamil Nadu—P. Chidambaram, G.K. Moopanar, Vazhapady Ramamurthy et al—parted ways with him, and formed the Tamil Maanila Congress. They tied up with rival DMK, which had been sympathetic to the Tigers' cause, and made the Congress-AIADMK alliance bite dust. As they joined Deve Gowda's coalition along with the DMK, the Congress was forced to support them from outside.

When Jain's interim report hinted at the DMK's links to the Tigers, the Congress asked Gowda's successor Gujral to drop the DMK ministers. Gujral refused, the Congress pulled the rug, and Gujral fell.

His successor, A.B. Vajpayee, had to quit after a year when ally Jayalalithaa withdrew support over his refusal to dismiss the DMK regime in Tamil Nadu. Vajpayee won the 1999 election, made friends with the DMK, and inducted DMK men into his cabinet. But when Vajpayee refused to repeal the anti-terror law POTA, the DMK quit the cabinet a few months before the 2004 polls.

By now the Gandhis had turned merciful. Priyanka visited convict Nalini in prison in a bid to “make peace with the violence and loss that I have experienced”. Sonia pleaded with president K.R. Narayanan to show mercy and spare the convicts from the gallows. In 2004, she reached out to the DMK, forgetting all the feuds. Their grand alliance with other parties scored a suprise victory over Vajpayee.

The alliance stayed strong till 2013 when the DMK wanted the Congress-led regime to join a UN vote condemning the Lankan regime's “war crimes” against the Lankan Tigers. Manmohan Singh refused, the DMK pulled out of the coalition, but the government stayed. The next year, the Congress-led UPA lost the polls to Narendra Modi's BJP.

The release has come at a time when the Congress and the DMK have become friends again. They fought the assembly polls together, and Stalin was there at the Cape to see off Rahul on his long march. Now the Congress has blotted the copybook. Its leaders jumped to condemn the release, even as most Tamils were celebrating.

Luckily for the Congress, the Gandhis and Stalin have been discreet. The former are keeping quiet. Stalin, instead of joining issue with his allies, has skilfully steered the issue to his own issues with the governor who had refused his plea to release the convicts.

If that isn't statesmanship, what is?