Millet men in the PMO

Millets grow fast, in dry land or rainy region, and in the plains or on the hills

2018 was officially India's year of millets. I bet most people didn't know about it. They didn't miss much. That year, our millet production fell to 10.24 million tonnes from 11.64 million in 2017. Bad luck; it happens in farming.

The next year our production shot up to 12.49 million tonnes. Even that was not enough for feeding Indians, let alone for export. So Narendra Modi asked the UN to declare 2023 as the global year of millets, and labelled them nutri-cereals. With 72 countries giving thumbs up to the idea, it was okayed.

Last month Modi pitched it again. He used his few minutes at the G7 jamboree in Germany to remind the world about it. “Millets,” Modi told them, “can make a valuable contribution to ensuring food security in the world.” He also offered to share India's farming practices with other countries. 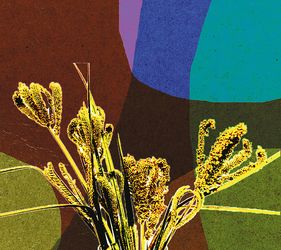 But olden days were not necessarily golden. Those days people used to get little to eat, or few people got enough to eat. That is why Indira Gandhi, having been rebuffed by US president Lyndon Johnson who offered wheat in lieu of a military alliance, launched the Green Revolution with the help of C. Subramaniam, Norman Borlaug, M.S. Swaminathan et al. They focused on wheat and rice which were easier to be 'revolutionised' than coarse grains and millets. Thanks to them, India today reaps more than what Indians can eat, and even export.

Having grown enough food, it is time to grow healthier food, thinks Modi. And what better food than grandmothers’ millets?

The good thing about millets is that they grow fast (most millets can be reaped two months after sowing); flourish in dry land or rainy region, grow in the plains, on the hills or slopes; need less water and fertiliser; don't emit greenhouse gases; and resist pests better. Most millets are also healthier foods than rice or wheat—richer in protein, fibre, minerals, iron and calcium.

Under the National Food Security Mission, millets are being promoted using new technology, better seeds (eight bio-fortified bajra varieties have been given to farmers since 2018), minimum support price, inclusion in the ration kit, and served in free lunches in schools. Agro-processors are being asked to develop new millet foods, and chefs to cook up new millet dishes. With the result, millet production has swollen to almost 18 million tonnes last year.

Once, two of THE WEEK's editors went to interview Gowda in his South Block office around lunch time. The PM graciously shared his lunch with them. Halfway through the luncheon, he had to attend an urgent meeting with Kashmir leaders. He left, asking the interviewers to finish the meal.

The joke in our office is that two senior editors and one photographer together couldn't finish one prime minister's ragi lunch.