R. Prasannan on leaders experimenting with their facial hair

Has the Covid run ended? Not yet, thinks the prime minister. “It may have taken a pause,” he said last week. “We never know when it will resurface.”

The public is in no mood to listen. Most Indians are throwing caution to the wind, and behaving as if the pandemic had just been a bad dream that has ended.

Look at the way we behave! Hand washes are out, handshakes are back; work from home is ending, loafing at office is back; malls are crowded; crime is back; cars are running; smog is in the air. There is no sign of any new normal that sociologists and behaviour psychologists had been talking about.

But the mask? Isn't it too early discard it? After all, it being there on the face would serve as a reminder that all is still not well with our virus-hit world. 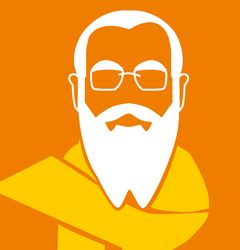 Modi himself has shed his mask. Most of his public appearances these days are sans the mask. The sight of his face may reassure the public, but shouldn't our leaders be wearing the mask for a while longer, especially if “we never know when [the virus] will resurface”?

Anyway, that is just a thought. There are wiser men, hired as image consultants, who would be advising the PM and our other netas—both ruling and opposing—on how to appear in public, what to wear, what to speak, when to shave or when to sport a stubble or beard.

Talking of stubble and beard, Modi has been experimenting with his quite often. He has changed the style of his beard at least four times in the last seven-odd years. He came into the PM House with a smart designer beard, and grew it a little long a year later. Last year, he let it grow like that of Santa Claus. Critics—confound them—said he was trying to look like Gurudev Tagore with an eye on the Bengali vote. Hogwash! Had he gone for a clean shave, they would have said he was trying to look like Vivekananda or Vidyasagar.

Modi's experiments with the beard was one of the hot topics of public discussion during the lazy lockdown months. So much was written and spoken about the style and length of his beard that one wondered whether we may have a new branch of study called prime ministerial pogonology. Pogonology, if you don't know, is the study of beards. A bored gent even filed an RTI plea seeking to know how many times Modi got his hair cut and beard trimmed during each of the lockdowns.

Anyway, Modi's Tagore look did not last much long. In September he got his beard trimmed, and flew off to the US where most politicians keep their faces free of the fungus.

Modi is the first Indian PM who has been experimenting with his facial hair. Others have been mostly playing safe and shaving clean. The few exceptions were V.P. Singh who sported a matchstick-like moustache, Chandra Sekhar who wore a tired-looking stubble, Gujral who flaunted a socialite French beard, and Manmohan who stuck to a faith-dictated beard. The rest and most—Jawaharlal Nehru, Lal Bahadur Shastri, Morarji Desai, Charan Singh, Rajiv Gandhi, Narasimha Rao, Deve Gowda, and A.B. Vajpayee—kept their face fungus removed every morning.

TAILPIECE: Abraham Lincoln's Islamic style beard is rare in the western world. The story goes that an 11-year-old girl by name Grace Bedell wrote to him suggesting that sporting a beard might improve his chances of getting elected.

Till the end of the 19th century, most politicians and aristocrats in the west sported beards or sideburns. The clean-shaven look is said to have caught on after scientific papers at the turn of the 20th century suggested that facial hair could be infected with tuberculosis germs.