A war in Ukraine could make our fries costlier!

Most of the oil and gas that fuel Europe is pumped from Russia in pipelines that run through Ukraine. So European rulers, anxious about disruption in supply, are pleading restraint with Vladimir Putin. The big bear, worried about the NATO getting to his doorstep, is telling them—go, fry an egg; I have bigger fish to fry.

Therein lies Narendra Modi's worry—the fry! A war in Ukraine could make our fries costlier. Not just tea-pakoras, but every dish that is cooked in oil.

Indians consume a lot more cooking oil than any other folk— gross, net, cumulative or per capita. Don't ask me if it is good or bad. Our grandmas gave us ghee- and oil-rich dishes blessing us ayushman bhava, but our nutritionists tell us to cut the fat. Most of us live by the wisdom of our grandmothers, and eat by the taste buds oiled by our mothers. 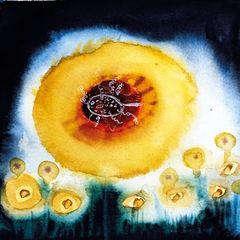 To cut fat or not is a matter of personal taste. Modi's problem is that we do not mill enough oil to cook three months' meals for every Indian in a year. So, he has to import 70 per cent of our cooking oils, which account for half of his food import bill. Most of it is spent on palm oil from Malaysia, soya oil from South America and sunflower oil from Ukraine.

Ukraine is the world's largest supplier of sunflower oil, which 10 to 15 per cent of Indians use—not just for frying pakoras and puris but also in their pulaos, pulisseris, pao bhajis and paneer masalas. The oil has been capturing the taste buds of more and more of our middle-class townsfolk, giving palm and mustard oils a run for their fat. So much so, if A.B. Vajpayee imported just 3.1 lakh tonnes of sunflower oil in 2001-02, Modi had to order 20 lakh tonnes last year. Three quarters of this came from Ukraine; most of the rest from Russia.

Look at the cleft stick which we are caught in. The second largest supplier of our sunflower oil is going to war with the largest!

Aren't there substitutes, like palm oil which is more popular, and comes from Malaysia where there is no war? Indeed, sunflower oil-users can switch to palm, soya, mustard or groundnut. But our economists tell us that scarcity of one good makes its substitutes dearer.

Nothing to worry for now. We have got a few thousand extra tonnes from Russia and Brazil to see us through a quick war. But isn't it time to think of long-term solutions?A few weeks ago this column had discussed a pulses revolution, on the lines of the Green Revolution that had made food-short India food-surplus. Now, how about a kitchen oil revolution?

Easily done. There is already an oilseed and oil palm mission running since the early 1990s. Last August Modi okayed a new mission to grow palms in 6.5 lakh hectares more. Bring all these stray missions under one banner, get the Niti Aayog to make a roadmap, offer incentives, stick an atmanirbharta label, give it a few Modi-style slogans, and presto! You will see more farmers growing oilseeds and kindling a kitchen oil revolution.

TAILPIECE: Kitchen oil import has been a hot potato fry. An unproven charge of favouring a company with a palm oil import deal in the early 1990s hounded former Kerala CM K. Karunakaran till his death. A bigger one was the Jain Shudh Vanaspati scandal of the 1980s in which popular vegetable oil brands were found adulterated with imported beef tallow. It hit Parliament; the National Security Act and Official Secrets Act were invoked; big businessmen were arrested. The cases dragged on and have been forgotten.