A pulse-protein revolution is not a bad idea, says R. Prasannan

The farm laws have been repealed, and Prime Minister Narendra Modi has conceded most of the farmers’ remaining demands. The protesters are going home in their tractors and trolleys to cast seeds in their farms and votes in the polls.

The netas, too, will be out in the fields, after the winter session of Parliament ends. The Election Commission will declare polls to the Uttar Pradesh, Uttarakhand, Punjab, Goa and Manipur assemblies shortly. Before the end of spring, both harvests should be done—the agricultural and the electoral. As is said, they shall reap as they have sown. And we will all live happily in the new year.

We all? Not really. The farmers of Telangana fear penury in the new year. 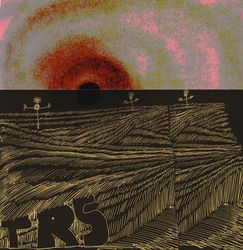 Before you think that there has been a drought, a blight or a locust attack in the peninsula, let me make matters clear. There has been no such calamity in Telangana. On the contrary, everything has been going hunky dory for them—plentiful rains, ample sunshine, plenty of power, water in the canals, supply of seeds, manure and able-bodied farmhands.

Added to these was some good governance from Chief Minister K. Chandrasekhara Rao. Like all good kings with praja-kshema pangs in their hearts, Rao has been building dams, digging canals and launching welfare schemes so as to make his state the rice bowl of India. To give an example, his Kaleshwaram lift irrigation project is billed as one of the world’s largest, aimed at wetting 18.3 lakh acres.

In short, the farmers thought they never had it so good. But now they find that they have reaped a lot more than they had sown, can stock, mill, eat or trade.

So what? Can’t Narendra Modi’s Food Corporation buy it all out? Therein lies the political problem that has pitched Rao against Modi. With its warehouses filled with enough grain to feed India for the next four years, the FCI cannot lift even last season’s rice. So much so, Modi’s food minister Piyush Goyal told a Telangana delegation to stop growing paddy and sow pulses.

To the Telanganis, that sounded much like Mary Antoinette standing on her head. For more than a week since, Rao and his partymen have been ranting and raving against Modi and Co. Their farm minister Niranjan Reddy has even accused Goyal of lying. It is another matter that Rao, Reddy and their colleagues have been telling the farmers the same—that they should stop growing paddy and sow pulses.

The grain of the matter is that it is not the growth of paddy but of the BJP that is worrying Rao and Co. The BJP had won just one seat in the 2018 assembly polls, but wrested the Dubbaka seat last winter, emerged as the second largest party in the Hyderabad town council polls, and recently won the Huzurabad bypoll by fielding a former TRS minister.

That is all fine. Political rancour will swell like the Godavari and ebb like its tide, but the farmers’ plight needs to be addressed with policy measures. What Modi and Co need to address are two paradoxes. One, we have a few million people who are starved of food—mainly wheat or rice—while we also have another few million faced with surplus food. Two, we are the world’s largest producer of pulses (25 per cent); we are also the world’s largest consumers (27 per cent) and importers (15 per cent) of pulses.

Perhaps our policy-planners can find ways to make these two paradoxes cancel out each other. As several of them have been saying, why not encourage growing of pulses in place of rice and wheat? After all, pulses supply much-needed protein to our largely vegetarian diet.

A pulse-protein revolution! Not a bad idea, is it?