At Glasgow they must promise more, or perish, says R. Prasannan

Several of the rulers of the universe, including our own Narendra Modi but excluding Vladimir Putin and Xi Jinping, are gathering in Glasgow next week. There they will try to save the earth, or at least postpone its end.

That is poetic and providential justice; it was from Glasgow that the doomsday count began.

Mystified? Fogged? ‘Smogged’? Hold on, we will clear the air.

Two centuries and half ago, a Glaswegian played God. James Watt said let there be steam engines, and there was the industrial revolution. The world changed for the better with factories producing the good things of life, but the earth changed for the worse. The air got foul, rivers got poisoned, and soil got toxic. 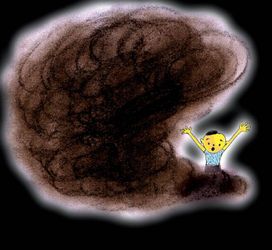 Scientists call this foul air ‘greenhouse gases’. Like in a greenhouse, they trap heat in the atmosphere, causing the earth to heat up. When the earth heats up, the snows at the poles and on the mountains will melt, the seas will rise, isles and coasts will sink. Deeper inland, farms will parch, plants will wilt, men and beasts will die, the world will end.

The fault is not with Watt or with the factories; they have made life on earth better, longer, pleasanter and pleasurable. The problem is with us. We lost our balance in our pursuit of better, longer, pleasanter and pleasurable lives. We ignored the happiness of the other beings on the earth—beasts, birds, bugs and plants. We failed to keep nature happy.

Till about the 1990s, it was an argument between the countries to the north of the 30 degree north latitude who were richer, and those to its south who were poorer, with Australia and New Zealand as exceptions. (This global poverty line was drawn by Willy Brandt who ruled West Germany in the north but had his socialist heart in the south.) The people of the north argued that we are all in the same ark, the ark is sinking into the rising seas, and so we ought to save it together. We should pollute less, and the polluter should pay.

The polluter should pay, agreed the south. But since the guilt is not equal, the penalty too should not be. It was Watt’s children in the wealthier north who had been enjoying good lives for two and half centuries and fouling up the air. They should pay more. And now, when we are creating wealth and growing, do not come to us preaching ecological ethics.

The north then said, they know of cleaner ways to grow, but asked for a price to tell the south how. That is all there is about clean technology transfer. Finally, at Rio de Janeiro in 1992, they all agreed to reduce emissions, but left the quantum of cuts to be fixed later.

Since then the world has changed; so have its power equations and class divides. Old rich Europe found itself mined out; big Russia found itself poor; cleaner fuels became cheaper; India, China, Brazil and South Africa began growing into the big league. The old Brandt line got blurred, old groups got scattered, new power alignments took shape. Slowly, the talk became less about the earth and more about business.

No harm. Pulls of business seem to work better than pleas for benevolence. At Kyoto and Paris, the north admitted old guilts and everyone—except the US—promised little cuts according to his capacity, so as to keep the earth at a fever level of 2 degrees more than what it was before Watt.

The Paris promises are now found to be too little to ward off doomsday. At Glasgow they must promise more, or perish.