Cultural ignorance can be costly in politics. Amit Shah learnt it when he was president of the BJP. Now it is the turn of Praful Khodabhai Patel, an acolyte of the PM and Shah. Five Onams ago, Shah greeted the people of Kerala on Vamana Jayanti. Greeting posters appeared in his name all over the state, showing a loin-clothed Vamana pushing a moustachioed demon-king Mahabali (Maveli in folk Malayalam) into the netherworld. Little had Shah or his social outreach team realised that it is the demon-king Maveli whom Malayalis honour on Onam, and not his persecutor Vamana. Needless to say, Shah’s party drew blank in the next polls.

Legend has it that Maveli had lorded over the Malabar coast and made it an El Dorado—or Ramrajya if you don’t mind mixing myths for a metaphor—where there was “no thievery or chicanery, no grain of untruth; where weights and measures were standardised, there was universal health care, and infant mortality was unheard of”—the kind of things that you read in NITI Aayog papers. 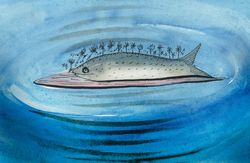 It appears the ghost of Maveli is haunting Praful Patel. The good gent had been administering Diu and Daman daintily and decently. Last December Modi and Shah gave him charge of Lakshadweep too. Now he is getting confused over beliefs, cultural practices, virtues and vices of the islanders. First a word about Lakshadweep. It is an all-Muslim territory where people lead open, liberal and idyllic lives, and follow Kerala Nair customs such as matriarchy. Their only vice is also un-Islamic—they have a caste system akin to that of Hindus in Kerala. Malayali mainlanders who have served there say, it is the closest one can get to Maveli’s El Dorado in this big bad world. Like in the folk song about Maveli land, there is rarely a case of theft, robbery, burglary, rape or felony. Health care is good, kids go to school, and baby deaths are few.

Where Patel erred was in ignoring these cultural and social virtues. Apparently he made a couple of trips to the isles, fell in love with the lagoons and reefs, and thought of developing them as tourist hubs rivalling nearby Maldives.

Patel seems to have missed this cultural fine print in the Maldivian policy. In his enthusiasm to convert Lakshadweep into a Bacchanalian Bahamas, he got the locals’ ideas of virtue and vice mixed up. He said he would allow alcohol and ban beef, whereas Islamic virtue should have dictated the opposite—ban the bottle and let in the meat. And in a land where crime is nearly unheard of, he is imposing anti-gangster laws!

Tailpiece: Patel could have saved a few blushes, if only he had read the code of customary laws of Lakshadweep. A copy should be there in the administrator’s office.

How do I know? It was my father, the late K.N. Radhakrishnan Nair, who had headed the committee that codified the laws in 1984 when he was serving as the sub-judge of Lakshadweep.

Father had one ‘complaint’ about his job. As sub-judge, he had powers to try cases as serious as arson, but the most serious criminal case he heard in his three-year Lakshadweep tenure was of someone stealing a school soccer ball.