Care in the time of Covid-19

Prime Minister Narendra Modi has decided that Parliament will not be prorogued prematurely. The houses were scheduled to sit till April 3, and they shall sit till April 3, come hell, high water or coronavirus. “MPs should be seen doing their work when the country is facing a health scare,” he told his party MPs.

Critics may say, Modi had Madhya Pradesh in mind. There his party is seeking an early floor test, whereas the Congress is putting it off citing coronavirus. Be that as it may, the message that has gone out is, our leaders will not be cowed down by coronavirus. 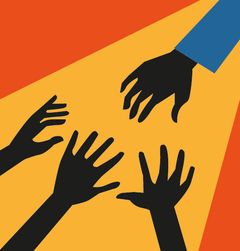 Not that they should rush in where doctors fear to tread. Reasonable precautions ought to be taken—the halls may be fumigated, the seats sanitised, the floors phenyl-wiped, members’ health monitored, lotions provided; no handshakes but only hand washes, no backslaps, and no lockdown.

So be it in society, too. Reasonable lockdowns may be necessary to combat infection. Work more from home, commute less; mail-order more, shop less; cook at home, eat out less; fly less, drive less. But in the long run, lockdowns may backfire, unless we can put social safety nets in place.

Covid-19 may not kill even a fraction of what the Black Death did —it killed half of the people in medieval Europe. Or the Spanish flu a century ago which infected a third of the people in India. Modern science has found, or will find, ways to combat coronavirus. Vaccines are already on their way, though they may take at least a year to be developed, tested, proven and produced. But science already knows how to prevent—it is already saving millions and keeping them alive. Science will find ways to cure, too. Unlike what John Maynard Keynes said, in the long run we will not all be dead.

If you and I stop commuting to work, visiting restaurants, going to parks, sunning on beaches, taking cabs, going on holidays, visiting cinemas and attending concerts, they will lose their jobs. Their families will starve, or many may be forced into crime, suicide or revolt. They would be there not just as an industrial reserve army as Karl Marx called them in his A Contribution to the Critique of Political Economy, but also as mobs of starving men who could join revolutions, ignite strifes, run riots or turn mobsters.

Too alarmist? Perhaps. But already American gun stores are reporting a surge in sales—many of the well-off are buying guns fearing a spurt in burglaries and robberies in the age of corona penury.

Europe and America tottered on the verge of a revolution in the 1930s, when the Great Depression threw millions out of jobs. Fortunately, there emerged two messiahs—an economist and a statesman. If Keynes professed economics of the welfare state, Franklin Delano Roosevelt handed out the New Deal by which governments spent money just to create jobs. The two men saved not only the capitalist order but also the western civilisation.

Till now in corona-panicking India, only Uttar Pradesh has thought of this. Chief Minister Yogi Adityanath has promised to put money in the Jan-Dhan accounts of all unorganised workers. Will other governments follow suit?