American judges wear political labels on the sleeves of their robes. They make no bones about whether they are Democrats or Republicans, conservatives or liberals, creationists or Darwinians, pro-rifle or anti-rifle, gay or grim.

Yet when in 2016 Supreme Court judge Ruth Bader Ginsberg called presidential candidate Donald Trump “a faker” and a man with “no consistency about him,” there was so much criticism that one wondered whether the heads on the Rushmore Memorial too would give her a sermon from the mount on judicial restraint. 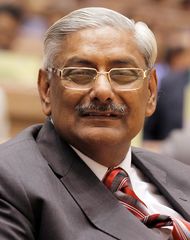 In India too, some judges are crossing the lakshman rekha of judicial dignity. They are praising politicians so much as to give them the blushes. A few months ago, Justice M.R. Shah, then of the Patna High Court and now the Supreme Court, praised Narendra Modi as a model and a hero. Now, Justice Arun Mishra has courted controversy by singing paeans of the prime minister at a conference of judges and jurists from 20 countries, calling him a “versatile genius who thinks globally and acts locally”.

The PM may be all that and more. But should a sitting judge be talking like a political partyman? Judicial decorum expects judges to refrain from airing their political preferences. Naturally, several bar bodies and judicial busybodies came down on Mishra like tonnes of bricks and briefs, though the bar council asked them not to be so harsh.

Mishra is known to be a harsh judge. Critics say, he follows the law to its last letter, but in the process misses its spirit. The gavel of justice often turns into a sledgehammer in his hands. Literally so in his Maradu flats demolition order, and figuratively so in several other cases such as the one over telecom firms’ dues.

Nor is he new to controversies. When four senior most judges held an unprecedented presser in 2018, one of their grievances was that several politically sensitive cases were being sent to Mishra’s bench over the heads of his seniors. Next, he refused to recuse himself from a constitution bench that was re-examining his own judgment on land acquisition. A few weeks ago, he lost his cool in the court and threatened a senior advocate with contempt of court. Following criticism from the bar, he offered to “apologise a hundred times” with “folded hands”.

Judges praising politicians is not a new phenomenon. P.N. Bhagwati, one of the champions of PIL, wrote to Indira Gandhi on her “triumphant return as prime minister” in 1980, that she had “become the symbol of the hopes and aspirations of the poor, hungry millions of Indians who had so far nothing to hope for and nothing to live for....” We do not know how many of his brothers squirmed on the bench.

One who did was Justice V.D. Tulzapurkar. “If judges start sending bouquets or congratulatory letters to a political leader on his political victory, eulogising him on assumption of high office in adulatory terms, the people’s confidence in the judiciary will be shaken,” he said.

By the way, Bhagwati was one of the judges who had authored the infamous ADM Jabalpur judgment, which said that in times of Emergency, the state could take away a citizen’s fundamental rights.

Tailpiece: Judges recuse themselves from cases which they had decided earlier judicially. But one judge had to recuse himself for having given legislative assent to a law that was being challenged.

When the Bank Nationalisation Act was being heard by an 11-judge bench in 1970, Chief Justice M. Hidayatullah recused himself because he had assented to the act when he was acting president. The bench headed by J.C. Shah struck down the act.