A Kilo-splash in the eastern seas

Narendra Modi is credited with turning India’s Look East into Act East. One of his latest acts in the east has been to give an old Kilo-class submarine, Sindhuvir, to Myanmar. The boat was repaired and refitted recently at Vizag, and the Burmese are commissioning it on Christmas eve.

The submarine has gone down well into the depths of the Burmese waters, but the transfer has not gone down well with others. The Thais, particularly, are pretty peeved, especially since this transfer happens close on the heels of another deal by which Myanmar got a few Shyena torpedoes. We will monitor the use of the submarine, said the Thai Navy’s deputy chief. 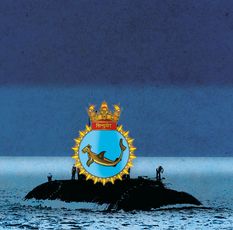 Easier said than done. On the surface, literally, the Sindhuvir may look like a gift horse. It is a 31-year-old Soviet-era machine, powered by a diesel engine. Two or three of her sister ships, all Sindhus, have met with accidents; one sank.

But appearances are deceptive. Though scoffed at for her huge size, which is a giveaway for a stealth machine, the Kilo is too quiet a creature. In the depths, this pigboat stays as quiet as a church mouse. Newer technologies have come in, but the Kilo remains a mean machine in the depths. In a 2017 hide-and-seek game with the US nuclear sub Corpus Christi, Indian Kilo Sindhudhwaj fooled all US sensors, picked up the US boat on her Indian-made Ushus sonar first, and mock-sank the latter.

The Myanmarese, who have no submarine in service currently, will train on the old sub with the Indian Navy’s help, and then buy a couple of new Kilos from Russia. With those boats, they will “guard their maritime interests.” That is what has foxed the Thais, and maybe even the Banglas. Both have sea borders with Myanmar.

All three are India’s good friends, and often send their ships to exercise with our Navy. Yet, the fact remains that there is a lot of churning happening under the eastern waters, with or without India acting east. All our friends are worried about the ripples that the Chinese are causing in the eastern waters, but none is willing to drop all her strategic anchors with India alone. Virtually everyone is doing strategic business with both India and China.

Look at the Banglas, our closest and friendliest neighbours. They bought two ageing Ming-class subs from China three years ago, and four corvettes since then. Now they are building a submarine base at Cox’s Bazar with Chinese help, and another at Rabnabad.

The Thais have many things going with us, but they are also building an underwater fleet with three Chinese-made subs. One boat is already with them; a second has been ordered and a third is planned. The Thais are also talking to the Chinese to buy a 20,000-tonne amphibious ship, and are counting on China’s help to build the 120-km Kra Canal which will make it smooth sailing for Chinese warships from the Gulf of Thailand into the Andaman Sea.

In short, Act East is not going to be smooth sailing.

Tailpiece: Once in the 1990s, the US Navy showed interest in exercising with India’s Kilos. Within hours I.K. Gujral’s PMO was flooded with calls from Moscow and Teheran, pleading “please don’t”. Both were worried that the Americans would read the sound signature of the Kilos, and track the movement of their subs in the Black Sea and the Persian Gulf.

Gujral understood, and told the Navy to keep the Kilos a hundred nautical miles away from the Americans. Miffed, the US cancelled that exercise. It took more than another decade for India to send Kilos for an exercise with the US.