On September 17, Narendra Modi took a chopper to the Sardar Sarovar dam which was filled to the brim for the first time, prayed on the Narmada banks, visited the colossal Sardar Patel statue, worshipped at a village shrine, watched butterflies in an eco-tourism park, and declared the saffron-hued ‘tiger butterfly’ as Gujarat’s state butterfly. Relax he did finally, over a meal with his mother in Gandhinagar.

Modi has been celebrating every birthday differently. His first as prime minister, in 2014, was celebrated with a visit to his mother (she gave him 05,001; he donated it to Kashmir flood relief) and hosting a meal for Xi Jinping on the Sabarmati banks. The next was marked with a visit to an exhibition mounted in Delhi to mark the jubilee of the 1965 war. In 2016, he met his mother, and then went to Navsari where 989 lamps were lit as he distributed aid to differently-abled people. 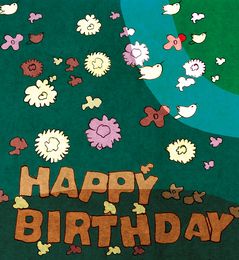 The 2017 birthday was also spent in Gujarat where he dedicated the Sardar Sarovar Dam to the nation, and then flew to Delhi where he called at the home of Marshal of the Air Force Arjan Singh, the 1965 war hero who had died a day earlier. He celebrated his 68th with a visit to his Varanasi seat where he watched a film with children in a primary school, and worshipped at the Kasi Vishwanath shrine.

Manmohan Singh had quiet birthdays, but quite often he was on cloud nine. He was born on a September 26, and that is usually the date around which the UN holds its general assembly. More than thrice he was caught mid-air, flying to or from New York. His aides got him to cut a cake. We in the press (a media team accompanied the PM those days), too, used to partake of the cake.

Some of the satvik elders of the sangh parivar view cake-cutting as a mlechcha western custom. They prefer the more Indian practice of offering ladoos. Yet lesser party mortals still cut and eat cakes in morsels. Delhi BJP boss Manoj Tiwari cut a cake for party workers at the India Gate on Modi’s birthday; Lok Sabha MP Meenakshi Lekhi cut a 370-kg cake in a Delhi suburb to celebrate Modi’s birthday and the scrapping of Article 370. The Madhya Pradesh Sindhu Sena cut a 69-foot-long cake in a Bhopal temple on Modi’s birthday. A Surat baker baked a 700-foot long cake of 7,000 kilos which he got cut by 700 ‘honest people’. One does not know which was tougher—baking the giant cake or getting 700 honest people.

Assam Minister Himanta Biswa Sarma was seized by vishada yoga when he took a knife to cut a Modi birthday cake. The baker had moulded a Modi picture on the cake, and Sarma could not think of cutting it up. A case of having the cake, but not getting to eat it.

Not all PM birthdays are celebrated. Nehru’s became Children’s Day; Indira’s was declared National Integration Day but has since been forgotten. Vajpayee had it easy; he was born on a Christmas Day. Morarji Desai, who lived to 101, had the fewest birthdays. He was born on a February 29.

Tailpiece: This columnist once celebrated his birthday visiting three countries in prime ministerial company. I was in the press team of A.B. Vajpayee on a European tour. We left St Petersburg, Russia, after breakfast, and landed in Geneva, Switzerland, where the hotel staff had noted it was my birthday and had organised a strawberry cake. We crossed Lake Geneva in the evening to Evian in France, the venue of the G-8 summit where Jacques Chirac was treating all delegates to the best wines and cheese from every province of France.

No harm if I imagined it was all for me, and indulged, right?