Idioms and phrases: a Reddy reckoner

An astrology magazine from the south sent a scribe during the 1998 polls to collect horoscopes of leading Delhi politicians for preparing articles on their electoral fortunes. Most leaders gave theirs happily, some slyly, but “Jaipal Reddy threw me out of his house,” the reporter told me.

Jaipal was a quintessential liberal, a leftover from the age of reason. His politics was centrist, his worldview eclectic, his vision catholic, his temper scientific, his beliefs secular, his bearing benign, his mind intellectual, his speech scholarly, his diction Deccani. 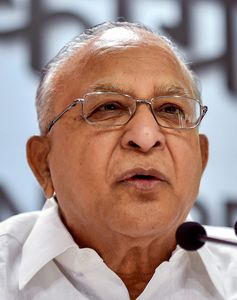 Jaipal lived by his principles, but never imposed them on others. India had a few like him who were active in the 1990s—V.N. Gadgil, Surendra Mohan, Madhu Dandavate et al—all men of principles, but not dyed-in-the-wool idealists. They played pragmatic politics, yet held their personal principles high.

They kept their honesty to themselves and survived. As oil minister, Jaipal had the temerity to resist the Ambanis’ unreasonable gas share demands and rising stakes in Bharat Petroleum, but kept quiet when Manmohan Singh moved him to science and technology.

By then, the Janata clan was splitting with its warlords pulling in different directions. Jaipal stayed on for a while after everyone left, as a spokesman without a party, as a voice without a body.

I wasn’t close to Jaipal; he knew me only as one of the several scribes who were covering the Janata crises of the 1990s. Yet, when I likened, in a 1999 article in THE WEEK, his staying-on in the fading Janata Dal to the grin that remained after the Cheshire Cat vanished in Wonderland, he called me to convey his compliments.

That was Jaipal. He loved language and literature, especially figures of speech—idioms, phrases, proverbs, alliteration, oxymorons et al. He lived as an oxymoron—an ‘honest politician’. His “humungous fraud’’ charge against Vajpayee led to much heartburn among the BJP benches, and disruption of the house once.

Jaipal loved to brief the media—once or twice sitting on a sentry’s stool, placed under a tree on the roadside in front of the PM House, to brief us about the crises that had engulfed the Deve Gowda and I.K. Gujral regimes after the Congress withdrew support.

Tailpiece: Once Sushma Swaraj, peeved at Jaipal’s strong words against the BJP, got even with him. “I went to a bookshop and came across a book titled A Thousand Insults,” she said. “When I went to the bookshop next, I found the book updated to A Thousand More Insults. I don’t know who wrote the book, but I know who reads it—Jaipal Reddy.”