Balakot: A hit and no-tell story

Aleksandr Solzhenitsyn said, “Everything you add to the truth subtracts from the truth.” That is what happened to the Balakot strike story wherein the Indian Air Force struck at an academy of assassins, run by a kinsman of the murderous Maulana Masood Azhar.

The IAF had claimed, and most of us had willingly believed, that a flight of Mirage fighters had screamed into the Pakistani airspace in the early hours of February 26, rained fire and laser-guided brimstone as the Old Testament God had on the sin-cities of Sodom and Gomorrah, destroyed a Jaish-e-Mohammad camp till their jihadi kingdom come, and that the pilots had come home before breakfast. 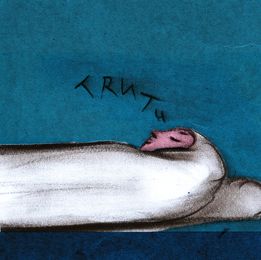 There never had been any doubt about the IAF’s capabilities. Our pilots had perfected precision-strikes on targets when the US Air Force whizz-kids, who did not know a rifle from a ploughshare, were “daisy-cutting” in the paddies of Vietnam. A score and half decades before the Americans laser-shot missiles into the Chinese mission in Bosnia and into the Al Jazeera office in Kabul, IAF pilots had shot a row of holes through the roof of the governor’s house in Dhaka. Boy! That was an incredible feat by our first squadron of MiG-21 supersonics in the pre-electronic and pre-laser age!

If anyone still had any doubt about Balakot, there was the Pakistani military spokesman admitting that IAF planes had flown into the PAF parlour without an invitation, and that the jets had left a few pieces of ordnance. Wasn’t that the cleverest line of understatement that we have heard after the British left?

Poof! Nothing came. Foreign Secretary Vijay Gokhale read out a sombre statement, just like Harry Truman had after hitting Hiroshima, Barack Obama after getting Osama bin Laden, or A.B. Vajpayee after the nuclear test. A pretty presidential sight—or prime ministerial, if you please—with tricolour on the flanks and in the backdrop. High on visual effect; low on facts. No questions, please.

The script changed, and the drama turned a farce, when those in authority clammed up, and blabbermouths took the stage adding to the truth. Neither the defence minister nor the foreign minister, neither the IAF chief nor the western air command chief, neither the government spokesman nor the IAF spokesman came out to tell the world the what, the when, or the how of the Balakot story. A far cry from the long-drawn-out Kargil war or the solitary Atlantique downing, when the foreign minister, the defence minister, the national security adviser, the army chief, the air chief, the western C-in-C, the southwestern C-in-C, plus the military and foreign office spokesmen were briefing the press with maps, facts, figures, and even body counts.

Now? A top gun in the defence ministry, on condition of hush-hush, gave a death toll of 200-plus, adduced from the number of cellphones that had been active on the Balakot campus prior to the strike. But party boss Amit Shah took 200 to be too few and added 50, making it “more than 250”. Then came Agriculture Minister Radha Mohan Singh with another 150 bodies to be buried. A disgusted IAF chief said his job was to kill the enemies and not count bodies. As doubts rose with the death toll, the law minister damned doubters as traitors.

Sad! Now it is our word against their word; their sat-photo against our no-photo.

Yes, we know that terror took a hit at Balakot. Bravo, IAF! But truth took a hit in India that swears by satyameva jayate.