When Hiren Mukherjee died in 2004, Ashok Mitra extolled “the splendour of Hiren Mukherjee’s vocabulary and his total command over the manner in which he deployed it. His accent was impeccably Oxonian. That was the least part of it though. It was Mukherjee’s passion, welded onto his ideology, which mattered.” Replace ‘Hiren Mukherjee’ with ‘Somnath Chatterjee’. The tribute would fit. Don’t take my word; take a prime minister’s. At the 2008 Hiren Mukherjee Memorial Lecture by Amartya Sen, Manmohan Singh called Somnath “a true inheritor of the legacy of Comrade Hiren Mukhejee”.

Journos of my gen missed Hiren. But those of us who sat in the press galleries in the 1990s remember watching CPI’s Indrajit Gupta and CPI(M)’s Somnath Chatterjee bettering the best in Westminster. Elder scribes, who had seen the Oxonian Hiren, used to assure us that the two Cambridge commies were as good—in diction, demeanour, declamation and delivery.

It was said of Hiren that Nehru would miss major meetings in South Block just to hear him in the house. My generation has seen Narasimha Rao ambling into the house just when Indrajit, Somnath, Atal Bihari Vajpayee or George Fernandes was rising to speak. 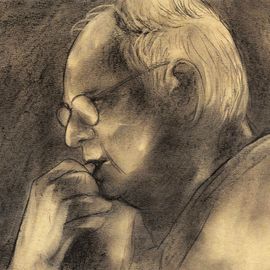 A funny lot, these communists. They damn parliamentarianism as a cardinal sin. Many a promising proletarian political career has been mercilessly sacrificed at their ideological inquisition for being a ‘parliamentarianist’. The saddest case was of Saifuddin Choudhury, a parliamentary prodigy and a deputy of Chatterjee. Yet the same comrades, along with their socialist cousins like Ram Manohar Lohia, Nath Pai, Madhu Dandavate and George, have also supplied India’s most outstanding parliamentarians. Hiren, Indrajit and Somnath were the finest among them.

They and their comrades back in Bengal like Jyoti Basu presented another paradox. They came from true-blue bhadralok ranks, went to Oxford or Cambridge, were called to the bar or took DLitt, drank sherry, went strawberry-picking in Kent, watched Wimbledon, and yet commiserated with peasants, workers, trade unionists, and le miserables. English gentlemen in speech and bearing, they had their hearts beating for India on the left side of the body politic. Somnath was the last of them.

While pillorying prime ministers for their political ineptitude, these men would also use their debating skills to bail out governments if national interests were at stake. A shining example was how Somnath and Indrajit used their masterly skills to turn around the debate in an adjournment motion against Rao over the burning down of Charar-e-Sharif, when they realised that irresponsible voices were targeting the Army for the crime.

To Somnath, Parliament was paramount. When an assertive court began usurping the realms of a weakened executive and a listless legislature in the 1990s, it was the foursome phalanx of Somnath, Indrajit, Chandra Shekhar and P.R. Dasmunsi who zealously defended the powers, privileges and paramountcy of Parliament. Somnath continued the war from the speaker’s chair in the 2000s, refusing to answer the court’s summons in a case over his disqualification of MPs, and questioning the court for directing the Jharkhand legislature on how to conduct its business.

And let’s not forget, it was Somnath who moved the only motion ever in the Indian Parliament to impeach a Supreme Court judge. Even the highly-rated advocacy skills of Kapil Sibal, who spoke from the bar of the house (he wasn’t a member) in defence of Justice V. Ramaswamy, paled before the masterly debating skills of Somnath and George.

Still the motion failed, when Rao directed his Congress to abstain. A case of the executive letting down the legislature to bail out the judiciary.