It was only this January that Donald Trump’s trapeze act through the White House came to an undignified end, as if someone had snipped the ropes in mid-swing. Joe Biden’s arrival, if not inspiring, at least calmed frayed nerves. The new president, with the demeanour of a kindly but strict uncle, had entered just in time to stop the Trump nursery from drawing funny faces on the walls with indelible markers, or in fact, from attacking China.

But ten months on, Biden’s approval ratings—are sliding steeply south, down to the mid-forties; the outlier Quinnipiac Poll shows 38 per cent approvals. Summer blues wiping out honeymoon memories is nothing new; even Obama had dropped to 50 per cent in mid-2009. But only two presidents since 1945 have got such a net negative rating—with more people disapproving than approving—as Biden, at this stage of their presidencies: Gerald Ford and Donald Trump, the latter would no doubt regard it as a victory that his ratings were the worst. Neither was re-elected. 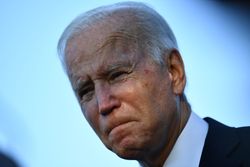 Disillusionment is creeping in from all directions like late afternoon shadows. The pandemic was Biden’s top priority, but the Delta variant came out of the left field. Declarations of victory over the virus by July 4 had a hollow ring. The divide between the vaccinated Us—just 66 per cent—and the unvaccinated Them is now tribal; the virus meanwhile continues to slip through the cracks.

The Taliban, too, did not get a copy of the Biden script. They took over Afghanistan too fast. America’s departure lacked dignity, with no farewell parties. Biden, the foreign policy veteran, had botched up the Afghanistan withdrawal. Desperate scenes at Kabul airport and the arrival of American coffins did not make good television. Biden was charged with undue haste, abandoning friends and blindsiding partners. The fracas with France over AUKUS further blotted the foreign policy dossier.

As a six-time senator, Biden has a formidable reputation on the Hill. But the stalemate over his Build Back Better agenda—despite Democrat majority, albeit wafer-thin, in both the House and Senate—has tarnished that image. Two moderate Democrat senators are holding up the $3.5 trillion Reconciliation Bill, loaded with progressive policies; Biden’s inability to cut a deal within his own party is worrying. Immigration challenges on the Mexico border continue to dog the administration. Kamala Harris, charged with holding that hot potato, is rating lower than the last four VPs. Even lower than Mike Pence who, admittedly, had the advantage of never having dined with any lady but his wife.

The upcoming holiday season, when Americans like to visit family and exchange gifts, is unlikely to help the president’s ratings. While demand is up, the supply chain is in disarray. Shutdowns in Vietnam, the container crunch in China and worker shortages in US ports and railyards, facilitated by Biden’s policies of liberal unemployment benefits, are causing shortages and long delivery delays. Biden has negotiated 24x7 work schedules to clear huge backlogs at Long Island and Los Angeles ports, but come Christmas we may see an apologetic Santa recycling last year’s gifts because his fresh stock is stuck on the high seas. By any standards, a full plate of unsavoury issues that is unlikely to help Democrat prospects in the midterms next year.

A cartoon from a left-wing tabloid of the 60s comes to mind. It showed Uncle Sam stuck, top-hat first, in a WC with the caption:

Who put him in?

Who will get him out?

That is still in doubt

Except that this time you cannot blame it on the Viet Cong.

The writer is a former high commissioner of India to the UK and ambassador to the US.