The question at the cold heart of this debate is simple: Should money be made out of human misery? Should the worst health tragedy in a hundred years be seen through the lens of profits and dividends? The answer too should be simple: A resounding no.

But global vaccine politics says otherwise. Everybody knows that if the virus is to be permanently defeated, around 70 per cent of the world’s population needs to be vaccinated, irrespective of whether they live in rich or poor countries. If the virus was rampant in the US yesterday as in India today, it could well be so in Africa tomorrow. The more time it has to evolve, the more the danger of vaccine resistant variants; travel restrictions and vaccine passports will always be playing catch up. In this global health crisis, pockets of vaccinated safety are an illusion. Nobody can be safe until everybody is safe. This is the harsh and bitter reality. 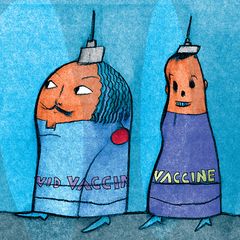 Yet vaccine nationalism is on shameless display across the yawning north-south divide. Only a billion of the estimated 11 billion doses needed have been administered so far; just 0.2 per cent of these are in low-income countries. Fifty-three per cent of the vaccines have been used up by the richest 14 per cent of the global population. Covax, the WHO administered global vaccine sharing scheme, which aims to send out two billion doses to 190 countries this year alone, has so far managed a paltry 38 million. Rich countries profess support to Covax, but simultaneously reduce available supplies by buying up more than they need. Canada has enough doses to vaccinate its people five times over; the US refuses to part with surplus stocks pleading contractual obligations with pharmaceutical companies, as if these contracts were written on Biblical tablets. In plain terms, this is hoarding.

Meanwhile, more than 85 countries will not have a vaccine rollout till 2023; what the virus will do in this grace period boggles the imagination. Clearly, the world cannot wait for this greed to turn to philanthropy; the vaccines, and worse, too many people, may expire long before that.

The answer lies in production of generic vaccines around the world at affordable rates, as happened with HIV drugs. India, South Africa and about a hundred countries are seeking a temporary waiver of intellectual property rights of the big pharma companies at the WTO since October last, but have been blocked by—no prizes for guessing—the US, UK and Europe.

Even as Nobel laureates and senators are pushing the Biden administration to drop its objections, the pharma giants have unleashed over a hundred lobbyists to prevent any change in the US position. Sleek-haired and silver-tongued, their aftershave stinking of the profit motive, these lobbyists argue that a waiver on intellectual property will discourage innovation, skimming over the fact that the exception will only be temporary. They whisper conspiratorially that China and Russia will get hold of the mRNA platform and, God forbid, may actually find ways to cure cancer and HIV. Bill Gates has spoken against the waiver, raising questions of quality control and safety, forgetting how many Indians add quality to his Microsoft. But then Gates is rich, just like those super rich Indians who reportedly flew to the UK in eight private jets in the 24 hours preceding the travel ban at a cost of £70,000 each. That money could have bought a lot of oxygen.

All this is proof of what I have long suspected: the rich, be they countries, corporates or individuals, belong to a nation all of their own, and inhabit a different planet.

I wish someone proves me wrong.