All you need to know about Alia Bhatt's fashion faux pas

Life may not be perfect, but your outfit needs to be

Who wants to be Alia Bhatt in 2022? Throw this question out on the internet and you will get mixed responses. It is a curious case, as one would assume the 29-year-old actor would be having the best year of her life. A blockbuster film where she plays the lead role—Gangubai Kathiawadi—fetched over Rs200 crore worldwide. Marriage to her childhood crush, co-star Ranbir Kapoor, was quickly followed by a joyous pregnancy. Bhatt seems to embody the fact that women really can have it all.

But the mind boggles wondering why in the world she would show up to the promotion of the most expensive Bollywood film ever (the making of Brahmastra is estimated to have cost Rs415 crore), wearing a fuchsia sharara with ‘Baby on Board’ emblazoned on the back in gaudy gota. The caption, usually an apology sticker on the back of a slow-moving car, is a little more costume party than cute couture. Despite designers Abu Jani-Sandeep Khosla’s sartorial savoir and otherwise riotous wit, this was inelegant and unfunny. While husband and co-star Ranbir Kapoor skulked in the background, as if he had little to do with it. 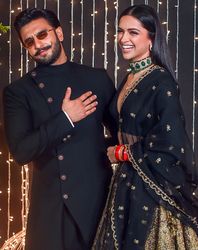 History has proved that gimmicks are pulled when all else fails. Is Brahmastra akin to Gemini Circus that the lead star must appear clownish? The film’s fate will be decided this week, but Bhatt’s fashion faux pas deserves comment.

Throughout the promotions of the film, Bhatt and Kapoor have been inviting criticism. First, it was a loose comment by Kapoor on Bhatt’s weight gain that made him apologise for his poor humour. Then Bhatt showed up in a mismatched ruffled pink number with leggings and a waistcoat, inviting derision.

We live in the age of Instagram, where the appearance and visual language of movie stars is now news. Check any of the click-bait entertainment sites— almost every photo a movie star posts is shared with an accompanying write-up. Never mind that most of it may be adulatory, the real news is in the comments section.

Of course actors know this, and use it to great advantage. Ranveer Singh is as much an optics star as he is a movie star. His appearances with wife and co-star Deepika Padukone are matched to perfection. The couple twins the colours as well as the vibe of their outfits, and even their body language. He always seems to be whispering a naughty joke to her, which makes her blush and giggle. Every. Single. Picture.

It isn’t facetious, but a couple’s chemistry makes them appear more trustworthy and relatable to their audience. Like Barack and Michelle Obama —not only was he the leader of the liberal world, but he was also such an affectionate partner, heralding a new and improved husband etiquette. I remember when Saif Ali Khan and Kareena Kapoor Khan made their first public appearance together, at a Manish Malhotra show in Mumbai’s NCPA. All of us were seated waiting for the show to begin. The rumoured lovers walked in hand in hand, in jeans and graphic T-shirts, hair tousled, looking madly in lust. The room was silent as the in-tandem stars took their front-row seats. I hope Malhotra’s collection was half-decent, because no one watched the show.

The other couple that looks picture-perfect together is former Indian cricket captain Virat Kohli and movie star wife Anushka Sharma. They get roasted mercilessly on social media, and that probably has more to do with Kohli’s performance on the field, or then standing up to trolls in support of his teammate Mohammed Shami. But as a couple, their chemistry in public is natural and flawless, like two besties besotted with each other.

I also love the way Siddharth Malhotra and Kiara Advani present themselves. For one, they are such a good looking couple. Then there is something old-school about them being together everywhere and still trying to keep a little charade going. Yeah, no one’s buying it, but at least they show up polished.

Life may not be perfect, but your outfit needs to be.