Why crafts are so important to India

It certainly is ironic that the only handloom showcase that celebrates our glorious country’s 75th birthday is being held at the National Museum, the country’s largest public museum and a colonial behemoth, which the current government is axing down for supposed redevelopment. It certainly is ironic that India got its freedom using khadi as a symbol of protest and boycott of foreign goods, while this year’s Independence Day saw polyester flags being distributed by government agencies.

But so magnificent are India’s handlooms (I keep arguing that the only thing that India makes better than any other country is handspun textile) that I felt only joy and wonder while visiting ‘Sutr Santati: Then. Now. Then’. The exhibition showcases a textile collage of almost 100 items and is curated by the Hospet-based Lavina Baldota. It is on till September 12. 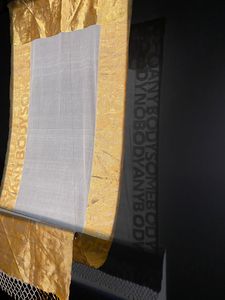 The Kasavu veshti displayed at the exhibition

More than 100 artists, designers, weavers and revivalists collaborated to bring out this show. One would say that it had the most expansive spectrum of Indian weaves and crafts seen thus far, with Benarasis, chanderis, mashrus, kora cottons, pashminas, paithanis, wool and yak hair, telias, chamba rumals and others on display. They were created through weaving, embroidery, resist dyes, painting, applique, and other forms of yarn and fabric manipulation.

One of the most astounding things I have seen is a dupatta called the Jamdani Directory, created by Krishna Biswas and designed by Weavers Studio. The jamdani weave, or the dhakai muslin, is known as the queen of weaves thanks to its complex 16-step process and diaphanous near-nakedness that make it immensely popular in Europe (Marie Antoinette and Jane Austen were mad fans). The hand-reeled cotton dupatta showed multiple patterns made by a non-structured discontinuous weft, supplementary to the standard weft, and drawn on graph paper instead of on the fabric itself.

I discovered the Baroda Shalu, commissioned by the former royals of Baroda to Benarasi weavers on special occasions. Made of pure, single-strand zari (ek taar) and cotton, this one was in gold and looked like sunshine glistening on a naked body. It was designed by Shubhanginiraje and Radhikaraje Gaekwad, and crafted by Saeedur Rahman.

A hanging Shrinathji wall panel was mesmeric, thanks to the gentle air-conditioned breeze rippling through it, as if the lord of Nathdwara and the trendy pichhwais (intricate paintings used as a backdrop behind idols) were alive and breathing in the room. This one was woven silk in the Patola style—the glamorous double-ikat—using seven colours. The panel took five years to create, and was designed by Gaurang Shah.

Another beautifully mounted fabric was the Kasavu veshti, the famous white and gold-bordered sarong of the Kerala male. Made in Balaramapuram (named after the ruler of former Travancore), the kasavu is mounted in a manner that reveals its shadow. The words ‘Some Body Any Body No Body’ are woven on the gold border as a comment on the binaries of class, caste and gender.

In one of the panel discussions at this exhibition, an educated daughter of an artisan stood up and asked a pertinent, if nagging, question: “When I show my father’s work at craft fairs, why does everyone ask me for a discount?”