It has emerged from the pandemic wiser and more wondrous

I seriously hope you have noticed that Indian fashion is having its biggest moment right now. After a crippling pandemic, where businesses and manufacturing were stalled for several months, Indian fashion labels have emerged wiser, ravenous, and more wondrous.

Last month alone, two remarkable young designers dazzled Europe with their new collections. First up was Dhruv Kapoor, who has been showcasing at Milan Fashion Week for a few seasons now. To think he was just a fashion student in the Italian megapolis just a decade ago, and is now the toast of its fashion week. “The minute I stepped into Milan in September 2011, I knew I wanted to have a fashion show here. It is almost as if I manifested it,” he tells me. Right from the get-go, he began to network and make friends in the fashion scene here. When he first arrived here as a professional, even for participating via a stall and not a full-on fashion show, he was well known. Kapoor’s collection in June—his menswear debut—was a clever mix of street-wear with couture elements. So the jackets, shirts and trousers (hugely borrowing from his women’s wear which carries the same vibe) had elaborate handwork in the form of sequins and embroideries. And an accessories line of upcycled leather, collected from the waste of India’s many leather manufacturers. 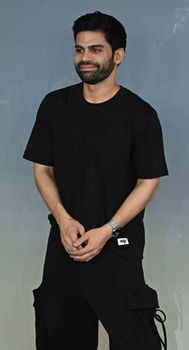 Last week, Rahul Mishra presented his 20th collection in Paris. His label is also just 12 to 13 years old, but he has come to be one of India’s best-loved couturiers thanks to his pastel-hued, floral-fueled lehengas. In Paris, he reworks his lehengas to turn them into evening gowns and jackets, the 12 kalis or panels intact. “Nothing gives you the beautiful global exposure that showing in Paris does,” Mishra says, while on a post-show break at the historical Loire Valley in France. “It is where we get optimum visibility. We compare and compete with multi-billion-dollar conglomerates, and find that the fashion press gives us equal footing with Dior and Schiaparelli.”

Showing abroad is not cheap. Kapoor says taking his label to Milan costs his company between Rs65 lakh and Rs1 crore. Mishra says he has found two sponsors to foot about 40 per cent of his spend, and this season cost him between Rs1.5 crore and Rs2 crore. It is wonderful to see self-owned businesses take a leap of faith like this.

Last month was also when The New York Times did a long-form article gushing about Sabyasachi. India’s most successful designer (the first to reach Rs100 crore turnover almost a decade ago) has received an investment of Rs398 crore from Aditya Birla Fashion & Retail Limited (ABFRL) in 2021 for a 51 per cent stake in the company. Sabyasachi is all set to open his first international store—a 5,000 sq.ft space in Manhattan’s Christopher Street, by this year end. Last year, he also famously tied up with retail behemoth H&M for a capsule collection, joining the platinum club that included Karl Lagerfeld, Versace, Lanvin and Madonna.

ABFRL soon invested in Tarun Tahiliani. For Rs67 crore and 33 per cent of the couture business, the sale allows Tahiliani to open 75 stores under a new menswear label called Tasva. Its elaborate men’s kurtas retail for as little as Rs3,500 and it hopes to wipe out Manyavar, the biggest men’s occasion-wear player right now.

We do not necessarily need to talk about big designers and big money. There needs to be some data out on just how many fashion entrepreneurs the pandemic has birthed. I have spoken to a few of them—Inca, Harago, Sepia Stories, and maybe Summer House a little prior. Each of them sells on Instagram or is just about setting up e-commerce, and already pulling in sales worth Rs1 crore and over.

Fashion has always caught the eye for its beauty. It is about time it catches our attention for being a sensible business, too.