Going through the motions 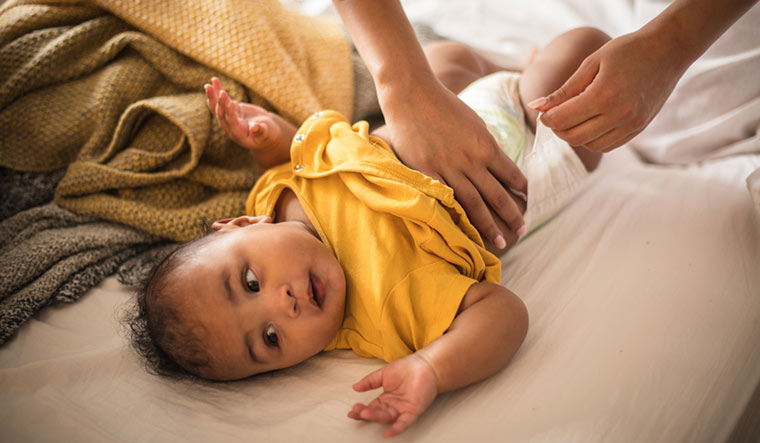 WHEN I USED TO conduct workshops for new parents, a common complaint among them was loose stools in their babies and the consequent weight loss. It is a complaint that causes much agony with no real remedy.

My own child started passing loose stools by the end of the fifth month and continued to do so well into the sixth. This was about the time I had introduced her to solids. At one point, we began to find blood in her stools. Though our doctor pulled back the iron supplements she was on, a battery of tests revealed an absence of infection. It was only when I was researching for the book that I was writing then did I find out that my child was having an allergy reaction to the cow’s milk that I was drinking! My child was showing every sign of a classic milk allergy but nobody saw the signs.

So, what are some of the most common reasons for loose stools?

Oral exploration: Babies of this age do bulk of their exploring through mouth. They put things into their mouth, feel them, chew, swallow and spit with annoying regularity. The ingestion of foreign material, which can range from a squashed ant to a brand new (but unsterilised) soother, along with the bacteria present on it, can cause anything from an oral fungal infection to an allergy that manifests in the form of a rash or gastric distress.

Cow milk allergy or sensitivity: The proteins present in cow’s milk are the only food type that has been conclusively tied to causing allergy in an under 12-month-old baby. The proteins (and not lactose) present in cow’s milk can irritate the immature gut of the baby. The resulting symptoms include loose stools, blood/mucous in stools, diarrhoea, colic, rash, irritability, difficulty in suckling and loss of weight. This is why doctors recommend that cow milk be introduced on the completion of one year when protective flora has begun to line the baby’s gut.

Babies are also known to react to cow milk and its products such as paneer, cheese or yogurt when consumed by the mother. If your baby is entirely breastfed and you notice change in stools, you will need to cut down on cow milk and its products to see if there is relief in symptoms. Cow milk proteins take three to four weeks to exit both the mother’s and baby’s systems.

Introduction of solids: Though international breast-feeding norms insist that solid food be introduced only upon the completion of six months, circumstances (including family pressure, and inability to cope according to growth percentile norms) might push a caregiver to introduce solids sooner than six months.

Since the baby’s gut is immature, it may not be able to take the onslaught of foreign substances (such as water, unclean cutlery and food itself) and is likely to develop some infection or gastric stress.

Traditionally (in India and the west), loose stools and diarrhoea (apart from a host of other symptoms) have been linked to teething or the phase before the first set of milk teeth erupts. This is, however, not based on scientific evidence. After several years of research and discussions, the medical community has concluded that teething and loose stools or diarrhoea cannot be linked and, if present in an infant, must be evaluated by a doctor. It is imperative that while the actual cause is being determined, the child be re-hydrated with water and other fluids.