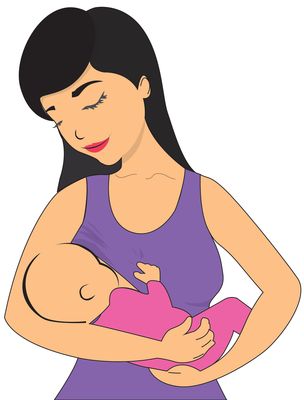 I USED TO NURSE my child frequently—almost 12 times a day with roughly 90 to 120 minutes between every feed. Of course, eyebrows were raised. What was wrong with the baby? Maybe the mother’s milk was not enough. Maybe the baby ought to be started on solids.

I must admit I was ridden with doubts in trying to conform with the WHO recommendation that babies be exclusively breastfed for the first six months. Everywhere I turned an older mother would tell me that this frequency was unheard of in the previous generation and that nursing a six month old exclusively on breast milk was not enough.

But this is not true.

Findings from years of research have led organisations such as the WHO, La Leche League International and BPNI (Breastfeeding Promotion Network of India) to promote the benefits of six months of exclusive breast feeding. Advocacy of this norm by the medical world is the reason why duration and frequency of nursing patterns have undergone a sea change from the previous generation.

Clocking an average of 10-12 feeds over 24 hours during the first month is a sure-shot way to make sure that a newborn receives required nutrition.

* Also, the fact that breast milk is easily digestible as compared to solid food

What is important is that the baby gets a good number of feeds and enough time at each breast.

Do not expect the frequency to come down overnight just because the child has begun solids. Though solids help in providing extra calories, 50 per cent of the child’s calorific and nutritional requirements between 6 and 12 months are met by the mother’s milk; it comes down to 33 per cent between 12 and 24 months.

Moreover, fussy babies might be reluctant at accepting food other than their mother’s milk and can end up taking very little of it. Nursing at regular intervals (if not at the same frequency prior to introduction of solids) must continue to make sure that the baby doesn’t go hungry.

True, babies were rarely nursed this often a day or for this long. Families introduced solids much sooner. Typically, a 90-day infant was started on lentil/ dal water, graduating to sticky bajra or rice or ragi porridge on completing 120 days. By the time a baby was seven months old, it had acquired a wider and bigger palate for solids. This meant a reduced demand on breast milk. It resulted in a reduced supply, which eventually led to the weaning of the child much before it reached the age of one.

Organisations that deal with infant care and nutrition, however, advocate breast feeding up to two years and beyond if both parties (child and mother) are able and willing.

Next issue: Breast milk and allergies