Guaido vs Maduro: Face-off in Venezuela

Over 50 countries recognise Guaidó, who has served since January as head of Venezuela’s National Assembly, as the country’s rightful leader. Meanwhile, the pressure to restore democracy in Venezuela is mounting, both domestically and internationally. 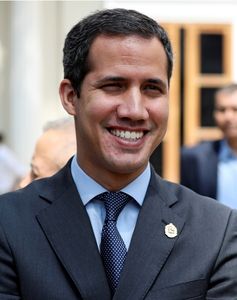 “How should I address you?” I asked Guaidó during a recent interview, via Skype. The question was an important one. Maduro’s government in Caracas describes Guaidó as a self-proclaimed president. But, Guaidó prefers another title, “acting president of Venezuela by mandate of the constitution,” and offers his own explanation—namely, that he has invoked Article 233 of the Venezuelan Constitution, which prescribes that “when the president becomes permanently unavailable... the president of the National Assembly shall take charge of the presidency of the republic”.

In Guaidó’s view, the office of the president became vacant following Venezuela’s monumentally fraudulent election in May 2018. It was then, after the inauguration of the dictator for a second term in January, that Guaidó was sworn in as interim president, taking Venezuela’s Chavistas by surprise.

After he was declared president, many Venezuelans hoped Maduro would be ousted quickly. That did not happen.

I asked how Maduro can be unseated. “We must remain committed to ‘Operation Freedom’ and keep building up pressure within Venezuela,” Guaidó said. “And the international push that has been vital thus far must maintain momentum.”

In addition, Guaidó has offered an amnesty to members of the military and government officials who reject the regime, as well as the promise of free elections once Maduro is finally removed from office. But this has not been enough.

High-ranking military officers have refused to turn their back on Maduro. The atmosphere in the streets is one of fear. When I visited the country in February, I saw troops, police officers and Colectivos (pro-Maduro groups) all over Caracas.

Looking further back, Latin America has had to contend with a long and sad history of US invasions. It begs the question: Would Guaidó authorise foreign military missions in Venezuela? And, could the topic end up splitting the opposition? “The subject is not a cause for division,” Guaidó said. “It is a possibility among many others available to us. It is a sensitive subject. And, it would not be an act of external aggression, but rather of international cooperation.”

So, what can be done to solve the crisis? “We have three real options: a transitional government followed by an election; a sui generis transition, like in 1958 in Venezuela [when a military board unseated the dictator Marcos Pérez Jiménez]; or the use of force, but not necessarily involving foreign parties,” Guaidó said. “Right now, the armed forces are not happy with what Maduro is doing.”

So far, Maduro has not attempted to arrest Guaidó, who has travelled in and out of Venezuela several times. In this tug of war, neither side is willing to relinquish a single inch of power to the other. But, even this delicate balance is in itself a welcome change. It is a kind of balance that was never achieved while Hugo Chávez was alive.

“When will we see you in Miraflores Palace?” I asked finally.

“We would like for it to happen in hours or days,” he answered cautiously. “Never before have we reached this point. And if we persist, I feel—and this is the general perception here in Venezuela—that it will happen very soon.”

Ramos is a veteran journalist and author.