Bibek Debroy: The name that had me stumped

What’s in a name?” This is a clichéd quote from Romeo and Juliet. There is quite a bit to a name. I mean first names. Surnames are different. In any event, in every country, a few centuries ago, there were no surnames. When surnames became customary, they were sometimes indicative of profession, or caste. Hence, there are people who have deliberately discarded caste-based surnames. Lal Bahadur Shastri is an example of this and not the only one.

If one looks at lists of most popular names in the US, irrespective of gender, they are familiar names and have not changed much in decades. Much the same for Britain. But similar lists for India show some churn in the last few decades, reflective of globalisation and import of names from other cultures. In the process, grammar and etymology, if the name has been derived from Sanskrit, are often murdered. I think, at least for India, some metric based on diversification in naming would be a very good indicator of globalisation. Decades ago, names were not that innovative. In old texts, names were sometimes derived from names of the father or the mother—Partha, Kaunteya, Pandava and Draupadi. Sometimes, they were based on what the person did—Dhananjaya, Abhimanyu and Ashvatthama. 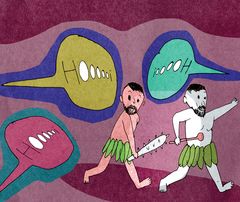 As a Bengali, I have a right to be snide about Bengal, meaning West Bengal. I said West Bengal, but I really mean Kolkata. Most popular baby names for West Bengal are not that unusual and reflect that all-India trend of importation and globalisation. But names in Kolkata have been really innovative and strange, suggesting parents thought offspring would not distinguish themselves through what they did in the future. Instead, distinction would have to be brought in through the name.

When we were students in Kolkata, two brothers and a sister were more or less contemporaries in college and bore the rather pedestrian surname of Sen. The brothers were named ‘Makaradhvaja Marakatavaksha’ [with a makara on the banner (Madana, god of love); with emeralds on the chest] and ‘Kapidhvaja Kapatavaksha’ [with a monkey on the banner (Arjuna); with a chest as wide as a door]. The parents were obviously fond of Kalidasa’s poetry. The sons though must have cursed their parents for the rest of their lives. But hold your breath—the sister was named ‘Sandhya rater ekti tara’. That translates as, ‘A star in the evening sky’. If you think I am kidding you, another family I know has named the son ‘Shuddam Apapavidham’ (pure, without being pierced by sin). These are names given at the time of birth.

Those names can be changed, through an affidavit before a magistrate. Newspapers are full of such notices and they can be educative. People change names because of conversion, or because a numerologist has given them a more fortunate spelling of the name. Sometimes, they simply do not like the name given at birth. One such recent newspaper notice (March 1, 2021) caught my eye, triggering this column. The lady was named Anamika Mazumder and she is the daughter of Azit and Jayanti Mazumder. Anamika resides in East Medinipur. Anamika is a perfectly decent name, evoking memories of Hindi films and songs. It is a name that features prominently in Bengali literature.

But you could argue, the parents, reasonably named Azit and Jayanti, did not quite give the daughter a name. Anamika means someone who does not have a name, and by implication, someone who cannot be named. According to the affidavit, Anamika has changed her name to ‘Supreme Imperium’. That’s right. Anamika Mazumder will henceforth be known as ‘Supreme Imperium’. It is possible for a lady in East Medinipur to be familiar with Roman history, explaining ‘Imperium’. It is also true that names can influence an individual’s behaviour. Nevertheless, Supreme Imperium had me stumped.