Birth, copulation and death, wrote T.S. Eliot. Since 1969, there has been a statute that requires birth and death registration. Marriage registration is messier. It should be—said the National Commission for Women, the Supreme Court and the Rajya Sabha. It should be—said states like Himachal Pradesh, Bihar and Kerala, and acted accordingly.

Vital statistics are about births, deaths, marriages and divorces, and are required to track a population’s development and deprivation parameters. Depending on location and circumstances, law devolves death registration responsibility on the head of the household, the individual in charge of the hospital/nursing home/health centre and/or the keeper of crematorium/burial ground. Every possible agent seems to have been covered under the law, even if death does not occur in an institutional setting. 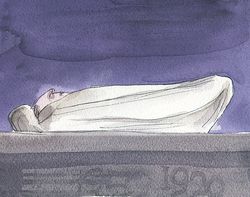 In 2011, 83.6 per cent of births were registered. But despite increase over time, only 67.4 per cent of deaths were registered. There was 100 per cent registration of deaths (as estimated by SRS) only in Kerala, Mizoram, Andaman and Nicobar, Chandigarh, Daman and Diu, Delhi and Puducherry. With a threshold at 90 per cent, you can add Goa, Haryana, Himachal Pradesh, Karnataka, Nagaland, Punjab and Tamil Nadu.

These are figures from 2011 and nine years have passed. It is possible these 90-per cent-states have moved into the 100-per cent-bracket. But Arunachal Pradesh was at 21.6 per cent and Bihar at 23.6 per cent. How much will they have improved? Arunachal suffers from difficult geographical terrain. Why should Bihar be at 23.6 per cent? Uttar Pradesh, often bracketed with Bihar, was at 47.1 per cent. States may try every kind of publicity to propagate mandatory death registration. However, every law is only as good as penalty imposed against violation. The stick (fines) has been effectively used only in Rajasthan, Kerala and Punjab, or so that 2011 report tells us.

With Covid-19, a question is sometimes asked. Are we capturing all deaths? In general, if we do not register all deaths, it is unreasonable to expect Covid-19 will dramatically improve matters. However, I do not buy the argument about a state deliberately under-counting deaths.

There are two distinct questions: (a) Are we registering deaths? (b) Are we ascribing death to the right cause? One should read the registrar general’s 2017 report on medical certification of cause of death (MCCD). The coverage of MCCD is neither universal nor uniform across states. India does not mean Goa, where 100 per cent of deaths are medically certified. It also means Bihar (6.8 per cent), Jharkhand (4.7 per cent), Madhya Pradesh (9.4 per cent), Uttarakhand (7.1 per cent) and Uttar Pradesh (8.6 per cent).

MCCD requires us to follow an international classification of diseases. For example, for Covid-19, World Health Organization has suggested U07 as an emergency code for “virus not identified”. Is this being consistently followed in all states? Almost certainly not. The odd instance apart, is there deliberate mala fide intent? I doubt it.