In 2014-2015, I had the good fortune to chair a committee on restructuring the Indian Railways. We submitted an interim report in March 2015, and placed it in the public domain. Based on feedback to this interim report, we submitted a final report in June 2015. Reforming the Railways is a gigantic task. At that time, most members of our committee were somewhat sceptical. Railway committees have come and gone, their recommendations shelved, in read or unread form.

Since 2015, there have been major reforms. Some are behind the scenes. As passengers, we do not always relate to them. Most unbiased passengers will agree railway stations are cleaner now. There are rankings of clean railway stations, across parameters. In the latest (2019) rankings, Jaipur and Jodhpur were at the top. In the course of 2020, there should be two revamped stations, resembling airports—Habibganj in Madhya Pradesh and Gandhinagar in Gujarat. Several more will follow—Anand Vihar, Bijwasan, Chandigarh, Shivajinagar, Surat, Baiyyappanahalli, Nagpur, Gwalior, Amritsar, Gandhi Nagar Jaipur, Sabarmati, Kanpur and Thakurli. That is a total of fifteen, including Habibganj and Gandhinagar. 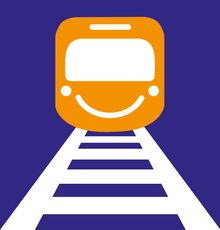 We should have 50 such stations soon. Like airports, any private sector-led development of stations (as opposed to mere management) requires availability of land that can be commercially exploited. Policies were changed a couple of years ago allowing private trains. Since October 2019, Indian Railway Catering and Tourism Corporation has been running Tejas Express between Delhi and Lucknow. This is a pilot. The Railways has announced that there will be 150 privately-run trains on selected routes. Given the vertically integrated structure of the Railways, infrastructure (like tracks) cannot be privatised. To run a private train (passenger or freight), one needs access to track. More specifically, one needs a path and these paths are presumably going to be auctioned. However, there are issues with such privatisation.

First, private sector needs freedom to charge fares, requiring changes in the Railways Act. Second, one needs a regulator, to ensure fair competition, which is not just about tariffs, but also about access to track and standards. This regulator has been christened Rail Development Authority (RDA) and will soon be set up.

Third, the Railways should have a system of commercial accounting, with both accrual-based and cash-based financial statements. This has been done for Northern Railway, and will soon be rolled out throughout the system. Without commercial accounting, one does not know the rate of return on a project. One has no means of computing social costs. It cannot be the case that private sector takes all profit-making passenger routes and the Railways is left with losses. Even if one were to impose something like a universal service obligation on private operators, one cannot do that in the absence of commercial accounting.

Over the years, the Railways had become centralised. There has been substantial decentralisation of decision-making to general managers, divisional railway managers and station managers.

Railway budget has been unified with general budget. Production units are being corporatised. Trains with e-catering and e-tendering have been introduced. At least in Maharashtra, there may be a joint venture with the state government for suburban railways. Most recently, silos have been broken down by announcing Indian Railway Management Services, thereby unifying the present system of eight separate ‘group A’ services. The railway board has been pruned and reconstituted, and board-level positions are no longer reserved for specific services. They have become ex-cadre. No, in 2014, I did not expect all this.