During the Railway budget speech of February 26, 2001, Mamata Banerjee announced: “Considering the long-standing demand of the people of Murshidabad and the need for development in this area, I am happy to announce that restoration work of Nashipur-Jiaganj Azimganj railway line will be taken up during the year 2001-2002. Separately a survey work for construction of a bridge over the Bhagirathi to connect these two will also be undertaken.”

Someone recently asked me when the work on the Nashipur railway bridge would be completed. I have no idea. For those who do not know about West Bengal’s geography, with a bridge across River Bhagirathi, this will connect railway stations of Murshidabad and Azimganj, and reduce travel time between north and south Bengal. Such a bridge and a narrow gauge line existed during the British period. 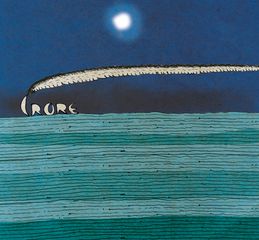 In 2001, the project was estimated to cost Rs90 crore. A foundation stone for the bridge was laid in 2004 and the line/bridge was to be inaugurated in 2010. Then, the problems started. Though land had already been acquired, more claimants surfaced. They wanted more compensation, they wanted jobs. Eighteen years down the line from 2001, the project has not been completed, yet.

The Ministry of Statistics and Programme Implementation (MOSPI) has a list (January 2019) which shows status of infrastructure projects costing more than Rs150 crore. There are 1,423 projects in this list. Most of them are from road transport and highways (603) or the Railways (366). If the original cost of a project is more or less identical to final cost of the project, all is probably well with the project. Those 603 projects of road transport and highways were originally estimated to cost Rs4,09,808 crore. They will cost Rs4,22,049 crore. However, the 366 railway projects were originally estimated to cost Rs4,85,586 crore, but will eventually cost Rs7,00,165 crore, if not more. Nashipur is not an outlier.

This is not pretty. It is not enough to describe the Nashipur syndrome. How does one fix it? The answer is complicated because of silos in decision making in the Railways, complicated processes, 24 different implementing agencies, etc.

How about special focus on projects more than 15 years old? How about asking why an average South Eastern Railway project takes 14.8 years and why the average cost escalation in Northern Railway is 250 per cent?